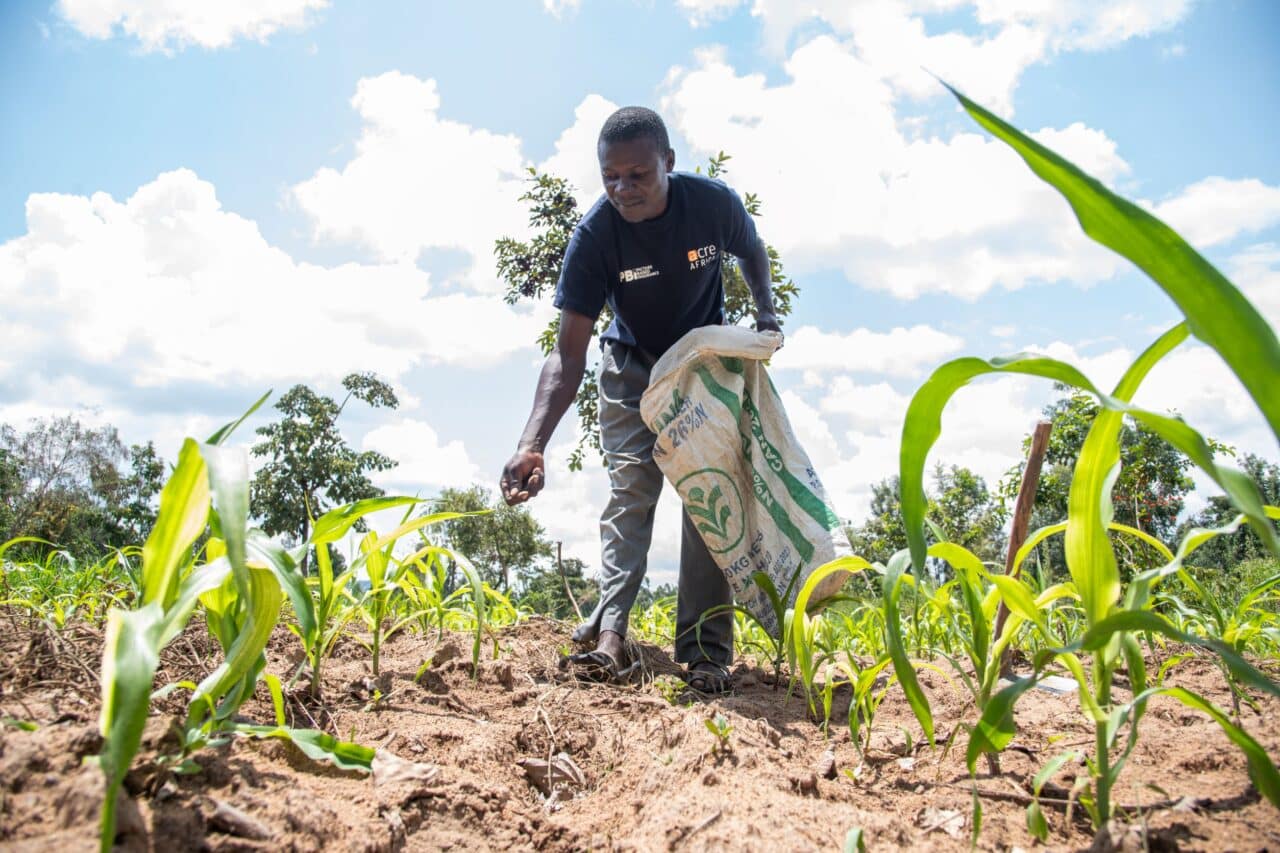 With the help of images taken via satellite and smartphones, ACRE Africa’s Picture Based Insurance (PBI) project is working to make smart insurance accessible to Kenya’s smallholder farmers. This will help build awareness and trust around insurance-based products while simultaneously enhancing resilience to challenges posed by climate-related shocks.

In Kenya, 80 per cent of farmers are smallholders. However, despite the critical role they play in providing food for the nation, these farmers face numerous challenges. Smallholder crop yields are traditionally low and climate change is not only increasing the incidence of pests and diseases, but heightening the frequency of extreme weather events, including drought and flooding.

“Reports state that farmers lose up to 90 per cent of their expected yield due to climate risks,” said Lilian Waithaka of ACRE Africa.

Faced with such losses, many smallholder farmers are reluctant to invest in their farms and instead engage in unsustainable practices, “such as keeping their children out of school, selling off productive assets, and reducing the quality of their diets to try to save money,” Waithaka added.

Insurance can help cushion farmers from crop and financial losses, which occur due to climate change, yet many are reluctant to invest in such schemes.

According to Waithaka, factors include such as affordability – traditional insurance schemes are too costly for smallholder farmers, trust – a lack of trust in insurance products among farmers prevents them from securing insurance premiums and isolated approaches – farmers often do not engage with other technologies and practices that can support resilience, such as the planting of stress-tolerant crop varieties, adherence to advisories, and implementing good agronomic practices, are the main prohibiting factors.

However, through their innovative insurance offering – supported by the International Development Centre (IDRC) in partnership with the Australian Centre for International Agricultural Research (ACIAR) – the team at ACRE Africa is acting “to link smallholder farmers to risk mitigation and climate adaptation solutions, so that they can comfortably invest in their farms,” she said.

“The PBI project offers farmers an affordable, innovative, inclusive, climate-smart agriculture solution,” she stated. It is also easy to join. Farmers simply dial a USSD code and choose the type of crop they want to cover, after which they automatically sign onto the scheme.

To support PBI uptake and enhance trust levels around insurance, ACRE Africa has also established a network of ‘champion farmers’ in Kenya. These individuals are “key opinion shapers in the villages in which they reside,” explained Waithaka. Two-thirds of champions are women – and it’s been found that female champions are more likely to successfully recruit new women farmers to the PBI scheme.

At the heart of the PBI approach lies imagery, with photographs taken of farmers’ crops collected using satellites and smartphones – with champion farmers using an app called SeeItGrow to “take images of registered farmers’ crops throughout the season, which are then used in the evaluation process at the end of the season,” revealed Waithaka.

The project has developed three different machine learning models to help process the images collected, classifying crops according to their growth stage, type of damage, and extent of damage. At the end of the season, a panel of experts – comprising insurance companies and agronomists – evaluate the images to give them a ‘score’, which forms the basis from which farmers can make claims.

Farmers who take out PBI will receive support in other climate-related aspects. For instance, ACRE Africa continually provides farmers with training on how to protect their crops against climate shocks, connects them to companies that sell stress-tolerant seed varieties, and use information services to encourage them to adhere to good agronomic practices and advisories. “By helping build the resilience of smallholder farmers,” stated Waithaka, “we’re supporting individuals but also trying to foster economic growth and food security.”