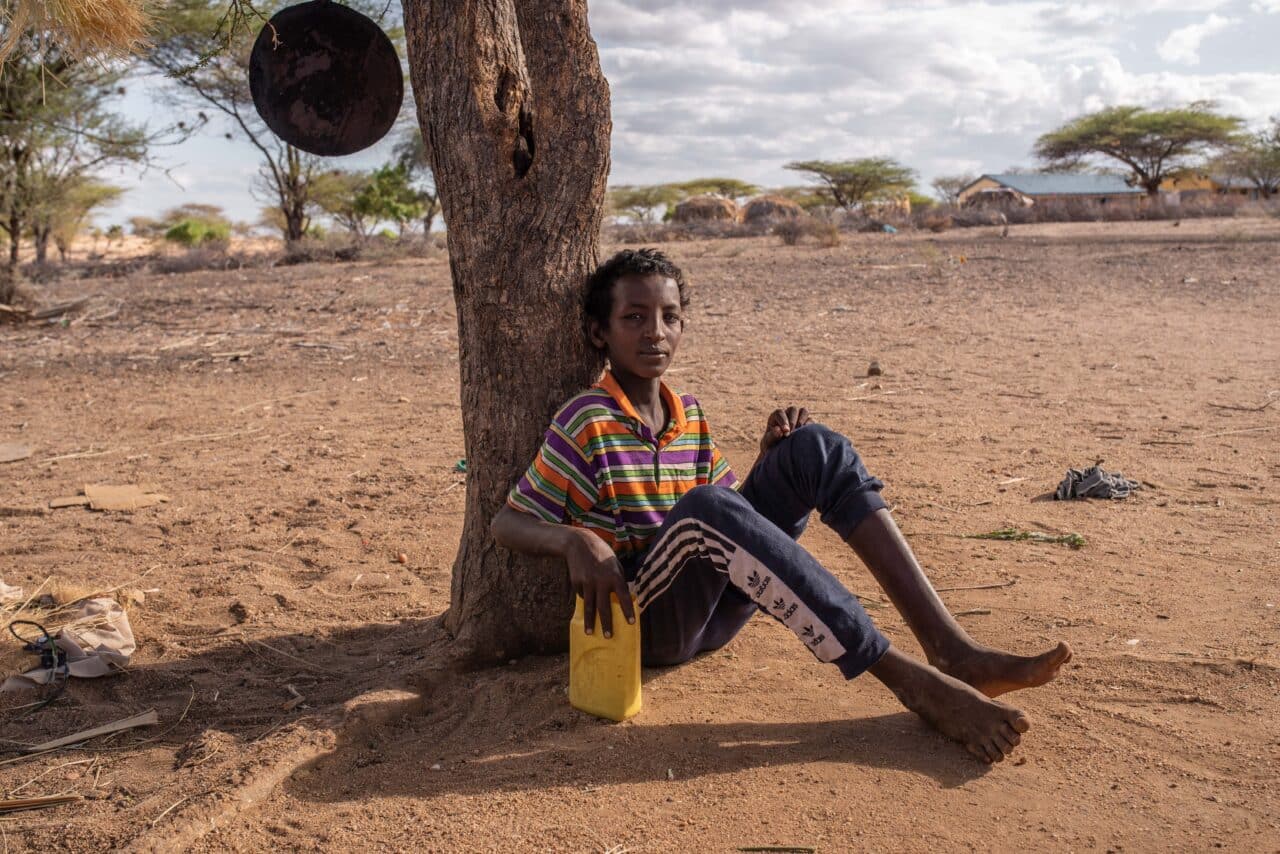 More than 16 million children across Kenya are living with the dual impacts of poverty and the climate emergency, new research shows.

This, the researchers say in Generation Hope Global Report, represents a whopping 67 per cent of the country’s children who are in dire need of climate justice.

Kenya ranks 10th highest on the globe and 3rd in East and Southern Africa, in the overall number of children facing this double threat.

There are more than 150 million children across East and Southern Africa gripped by both grinding poverty and climate disaster.

South Sudan topped the list of countries in the region most likely to face this “double threat”, with 87 per cent of children in the country affected, followed by Mozambique 80 per cent and Madagascar 73 per cent.

The report, developed by Save the Children with climate modelling from researchers at the Vrije Universiteit Brussel (VUB) – found that, while 21,242,162 children in Kenya are estimated to be affected by at least one extreme climate event a year, some of them are at particular risk because they are living in poverty and have fewer resources to protect themselves and recover.

Globally, 774 million children fall into this high-risk group, according to the report.

Higher-income countries are not immune from this “double threat”. The report found that 121 million children facing both climate disaster and poverty live in higher income countries. More than four out of 10 children affected (12.3 million) live in the US or the UK.

Reality of inequality and climate change

Save the Children warned that, if the climate and inequality crisis is not addressed with urgency, the frequency and severity of humanitarian and cost of living crises are set to soar.

Drawing on insights from the 54,000 children Save the Children heard from in a major consultation conducted between May and August 2022, the report also shows how these multiple, overlapping risks are linked to and exacerbate the current global food, nutrition and cost of living crisis that is causing 345 million people in 82 countries to face a severe lack of food.

“Climate change has affected us so much. We are experiencing a prolonged drought and people are struggling to get maize because of high food prices. I also note that the gap between the rich and poor is increasing.

I call on the government to create more forums where we can talk about climate change and social inequality,” said 14-year-old Kassim from Garissa County in Kenya.

Yvonne Arunga, Save the Children Kenya, and Madagascar country director, said that climate emergency and issues of inequality are deeply connected, and cannot be dealt with in isolation from each other.

“The devastating drought we’ve seen in Kenya and in the larger Horn of Africa, is the worst in 40 years and has hit the poorest parts of the country hardest, leaving millions of people hungry and many displaced. Crises like these push people even deeper into grinding poverty and leave millions of people even more vulnerable to the next flood or drought,” Arunga said.

“At the COP27 and G20 summits in November, our most vulnerable children should be at the forefront of the minds of our leaders. In particular, the world’s richest countries, whose historic emissions have driven the climate and inequality crisis, must lead the way in unlocking trillions in financing for countries that are struggling to protect their children from its impacts, including through climate finance – particularly for adaptation and loss and damage.”

The new report builds on ground-breaking research published by Save the Children in partnership with Vrije Universiteit Brussel in 2021, which found that Kenyan children born in 2020 will on average face 4.6 times more droughts during their lives than their grandparents.