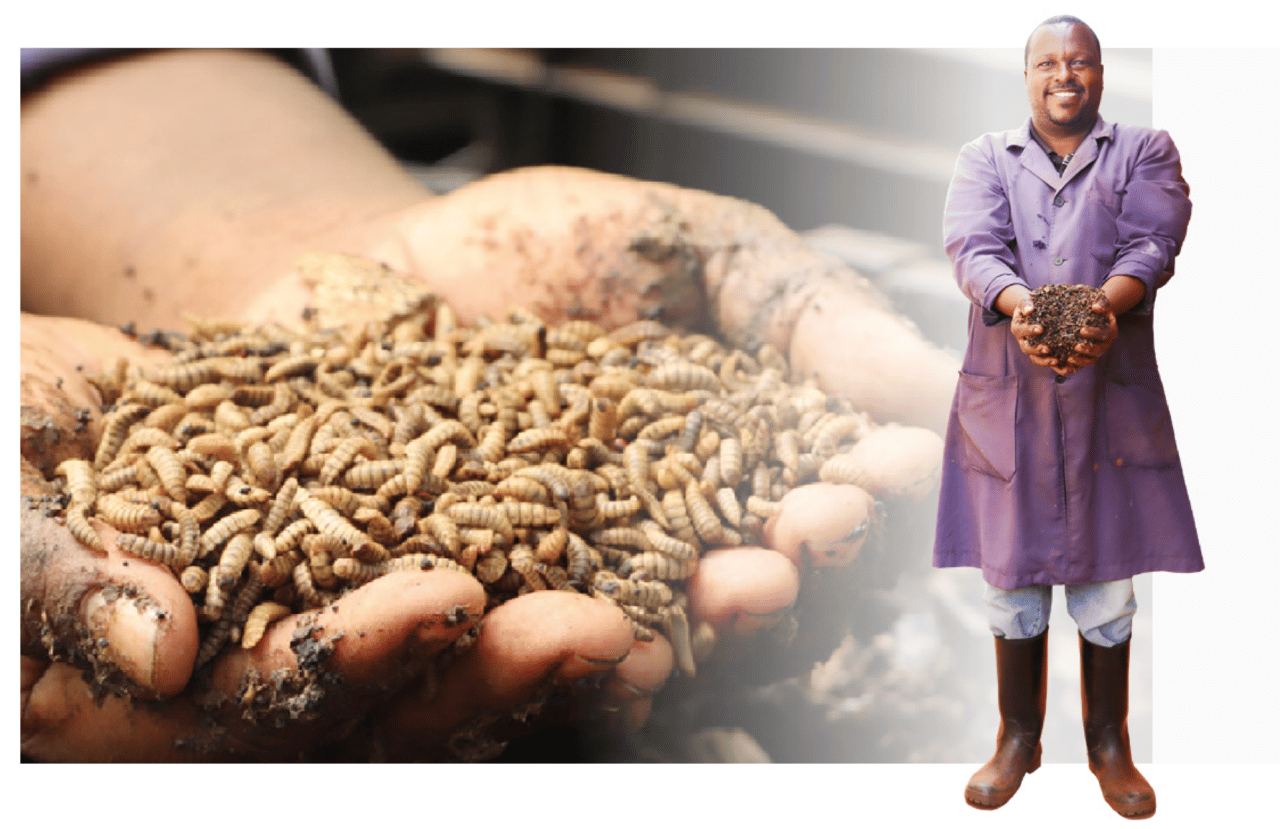 The first stocking of 2,000 catfish fingerlings was done in May 2018 with the use of commercial feeds. While fish farming to Mr Wanjohi, the owner of the farm, looked interesting and fulfilling, he was unable to run a profitable business due to the high cost of fish feeds, as they account for about 50 per cent of the total production cost. At times, he was forced to underfeed the fish or not feed them at all due to financial constraints. This adversely affected the growth rate of the fish and he could not break even in the investment. The farm started exploring different avenues to obtain fish feeds at reasonable cost and of good quality. Eventually, Mr Wanjohi learnt about and invested in growing the black soldier fly larvae (BSFL) that has 40 to 60 per cent optimum content of crude protein, which is essential for rearing fish.

He set up a cage where the adult Black soldier fly lays eggs that are incubated. After three days, the eggs hatch into larvae that are transferred to trays and fed. The larva feeds on market waste, which the farmer collects from Nyeri Town’s main markets and kitchen waste from his household and in the neighbourhood. The waste mainly consists of food remains such as fruits, vegetables, and other organic wastes. “Interestingly, when the larvae feed on the smelly waste, within 12 to 14 days, they will have converted the waste into organic manure that no longer produces a bad smell. We use the manure to grow fruit trees,” said Mr Wanjohi. The farm can produce up to 200kg of wet larvae within one month from two tonnes of waste. For the farm, BSFL has turned out to be an alternative source of protein for making fish feeds and has helped reduce impact on the environment. This project has also created jobs for seven young people – four men and three women, who collect, transport, and sort the waste. The farmer also engages two more on fish value addition training. “Garbage is gold and, indeed, with this project we have realised that the solution to the organic waste management challenge facing county governments, lies in aquaculture,” he said