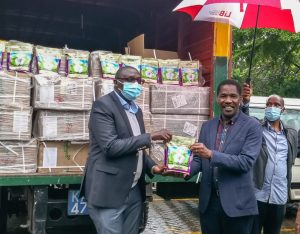 The cotton subsector is set for a major turnaround following the government’s decision to procure and distribute BT cottonseeds and pesticides to farmers in 23 counties.

BT cotton is a genetically modified variety known for its high germination rate, early maturity and resistance to common pests and diseases. The Ministry of Agriculture has procured 16.3 metric tonnes of seeds to be distributed to farmers in the eastern region.

“The journey of BT cotton production has been long and tedious, coupled with multiple challenges, suspicion and negative campaigns,” he added.

He gave an assurance that the government would continue investing in the cotton sector to increase its capacity to meet export market requirements, even as it looks forward to a free trade agreement with the United States and the UK

A national task force on the revival of cotton farming was appointed in May.