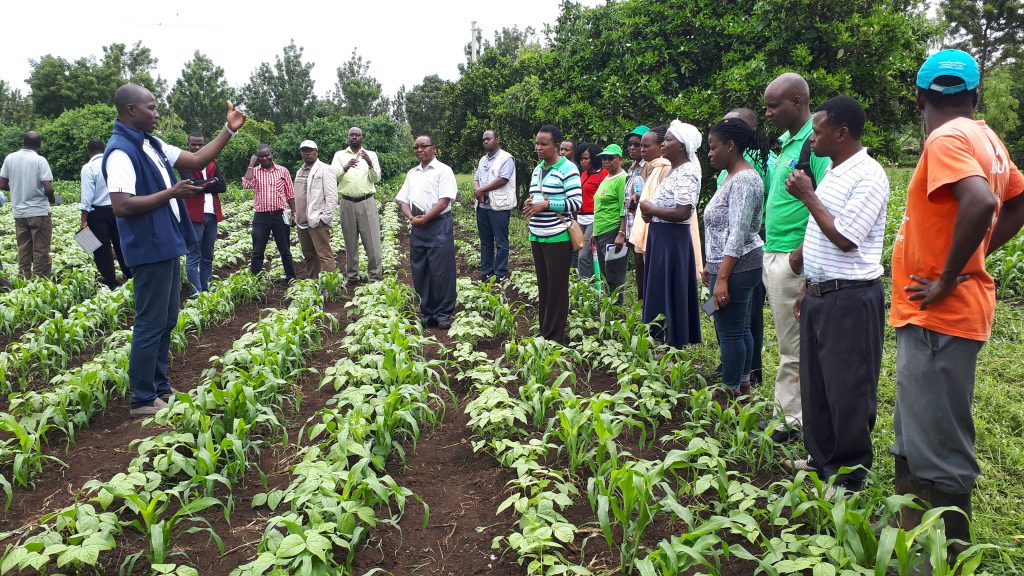 Cereals farmers in Nakuru County have improved their production by 15 bags per acre, thanks to the Kenya Cereal Enhancement Programme (KCEP).

Initially, the farmers were harvesting 20 bags per acre, but after getting help from the project, many of them are now getting 35 bags.

“The adoption of good farming practices by farmers is a key component in realising the increase in the production of cereals in Molo and Njoro,” said the Nakuru County Agriculture CEC, Dr Immaculate Maina,speaking during a review of the project and its success, as the project came to an end.

The e-Voucher system, which enables farmers to access fertilisers easily and cheaply, has also reduced the cost of production.

Ms Janet Moraa, a beneficiary of KCEP initiative, has increased production and commercialised her cereal farming. She did this after receiving training on production, processing, post-harvest management and marketing.

“Apart from funding, the training on commercialising cereal farming has enabled us to focus on cereal farming as our key source of finance,” said Ms Moraa.

The KCEP was a four-year initiative, whose overall objective was to contribute to national food security and smallholder income generation.

It helped farmers to increase production and profitability of key cereal commodities, including maize, millet and sorghum.

Farmers were trained on how to tackle production constraints, post-harvest management, processing and marketing.

The programme was funded under a strategic public-private partnership between the Government of Kenya, the European Union (EU), the International Fund for Agriculture Development (IFAD) and Equity Bank Kenya.

The project was implemented in 13 counties with high cereal production potential.