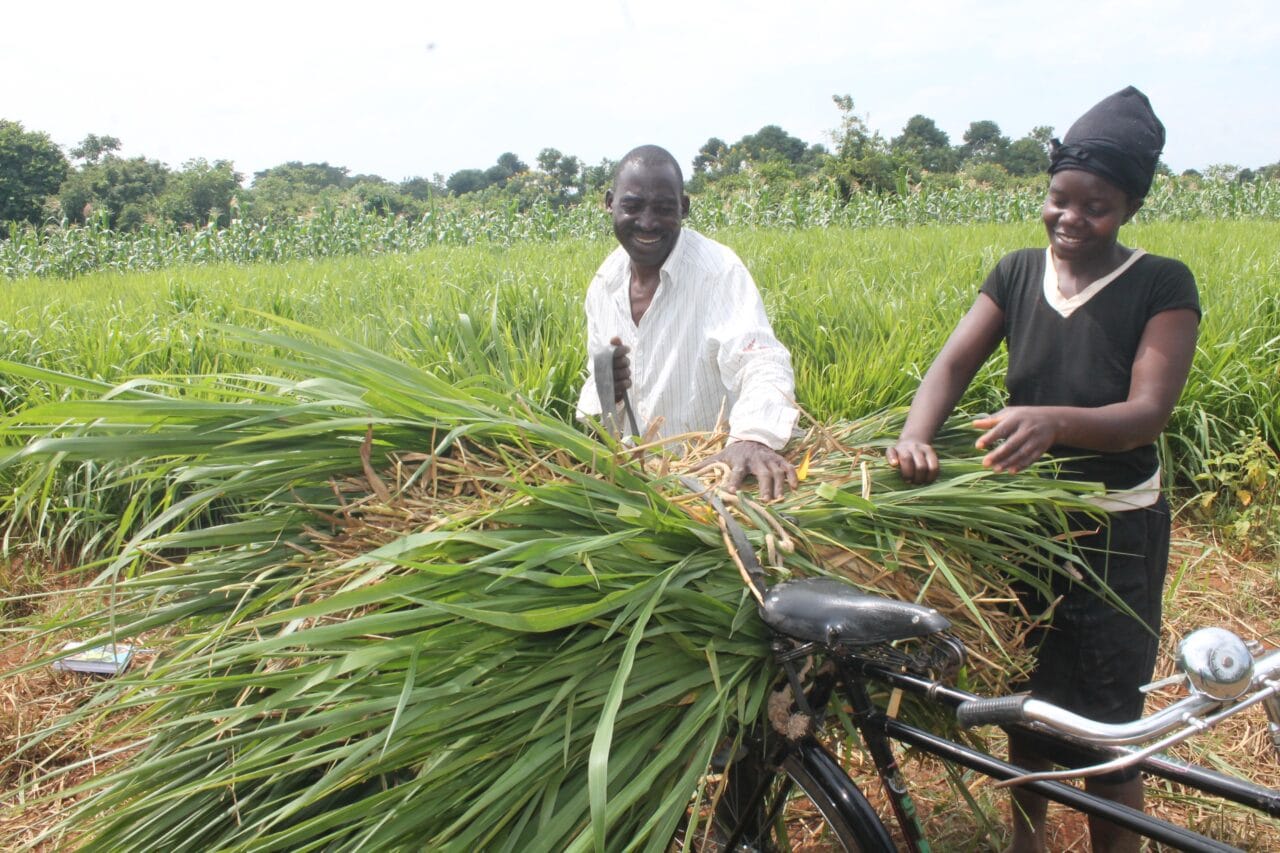 Dairy business is becoming the new craze among small and large-scale farmers around the country. With stories about the large amounts of money one can make from the investment irrespective of the size of land, many have taken it up with a lot of passion.

But often, things do not seem to work. The expectations many had turn into a pipedream, especially the large quantities of milk they had expected from each cow. The cost of keeping the animals may exceed the returns, as some fall sick and die, leaving the farmer frustrated and disillusioned.

Some give up, believing the stories they had heard were all but lies or that other farmers are just lucky. In many rural areas, some farmers have owned cows for most of their lives but never enjoyed the fruits of their sweat. For them it is a vicious cycle: Get milk, drink some, take a few litres to the collection depot, collect some money, pay workers and buy some food.

Dairy farming is not what one would consider a worthy investment.

However, experts believe that many farmers do not plan well and go into the business without knowing exactly what they are getting into.

Most do not understand what feed their cows need and in what quantities and at what cost. They do not plan at all, budget and make projections, and, therefore, get things often wrong.

According to Mr Solomon Mwendia, a forage agronomy specialist, and Mr Jackson Wamalwa, an animal husbandry expert, both working at the Kenya Agricultural Research Institute (Kari), feeds constitute 60 per cent in a litre of milk, some 25 per cent is derived from the breed and health of the animal, and the rest is accounted for by other aspects.

According to Mr Mwendia, the biggest battle farmers have and often lose is about fodder. “Farmers have been failing because of lack of fodder planning or budgeting. Make a budget for your cow to eliminate fluctuations and ensure that you have a sustainable production,” he advises.

Forages that come from fodder like hay, Rhodes grass, boma Rhodes and Napier grass make up a huge chunk of the feeds.

Cattle get most of their energy from forages. “Too little energy in the diet will cause the animal to lose body condition and become thin and weak. For milking cows, yields will drop. Pregnant cows may become ill after calving,” says an International Livestock Research Institute manual, ‘Feeding Dairy Cattle’.

A mature cow takes about three per cent of dry matter of its body weight a day.

If your cow weighs 400 kilos it will need about 12 kilos of quality fodder in a day. A bale of hay weighs about 15 kilos and is sufficient for the cow. “But if it wants more give it,” he says.

You can make the hay from almost all grasses — Nandi secteria, Sudan, Guinea and star grass. “You can even make hay from the grasses by the roadside.

During the rainy season, farmers should be harvesting grass, drying it, baling it and storing it for the dry season. Any farmer can do this as long as they have access to grass,” Mr Mwendia says.

Napier is a good source of dry matter. In a good year you can harvest it four times. If a cow is only taking Napier grass for its dry matter, it will need about one acre per year.

“Buy it when it is cheap, or increase your acreage, harvest it when it is plenty and store by making it into silage.” Maize is also a good source of fodder and you can use it at various stages of its growth – when it is knee-high, at milk stage, dough stage and grain harvest for dry stover.

Growing maize for fodder does not mean you don’t harvest the grains for your own food and sale, Mr Wamalwa adds. There are various ways to do this:

“When planting, put three seeds in a hole, add fertilizer, and, if possible, manure. When the plant is knee-high or two-feet DAIRY MANAGEMENT Fodder planning boosts milk yield Many farmers enter into dairy business only to get disappointed, and often it is because they do not know how to feed their cows. Here are some tips to boost production high, pluck one from each hole and feed it to the cow. If it you harvest it in plenty turn what you don’t need into silage,” he says.

When the plant starts getting tresses remove the weaker ones from each hole.

When the plants have reached milk stage, cut off the tops and leave them with leaves, which will feed the maize on the cob. Use the cuttings as feed for the cows.

However, instead of cutting the tops of the plants you could also do some defoliation. This involves removing leaves below the maize cobs.

The leaves at the top will feed the cob. “If you do this, just imagine how much feed you can get from even an acre of land!” Mr Wamalwa says.

Maize stovers are the dry maize stocks you get after harvesting. They have some energy and food value but most often farmers do not know how to store them.

“After removing the maize, store the stovers in a dry place and when you need them chop into one-inch pieces and mix with legumes and molasses,” Mr Wamalwa says.

However, stover is not a high quality fodder. Its digestibility is poor. It is beneficial but to a limit. You would have to add something else,” Mr Mwendia adds. Many people feed their cows on maize cobs, but according to the experts, these have no real nutritive value.

“They only fill up an animal.” Proteins: The second thing that cows need is proteins. Proteins provide the essential building blocks for the body’s cells and tissues, including muscles, blood, skin, and internal organs, and also to make milk.

According to ‘Feeding Dairy Cattle’, a manual from the International Livestock Research Institute (ILRI), a little of a crossbreed’s milk usually contains about 35g or 3.5 per cent proteins.

“This means that a cow producing 25 litres of milk a day loses close to one kilogramme of protein,” the manual says. Cows cannot store much protein in their bodies and so it must be supplied daily to maintain high milk production.

“For milking cows there will be a rapid drop in milk production if the amount of protein is suddenly reduced. Too little protein causes excessive weight loss in milking cows, and reduced growth rate in calves and heifers and results in small calves being born,” the ILRI manual says.

However, too much protein is unnecessary; it is expensive and wasteful and just gets excreted from the body.

According to Mr Mwendia and Mr Wamalwa, you can get proteins from leguminous crops like Lucerne, sweet potato vines, fodder tree leaves, calliandra and desmodium. Proteins should not be more than 30 per cent of the dry matter the animal is taking and should be part of 12 to 15 kilos of the dry matter ration.

It is estimated in the ratio of 1 legume to 3 hays. If it is Lucerne, it would be about 4.5 kilos for the total 15 kilos of dry matter. Other sources of proteins, include cotton seed cake, soya beans, groundnut meal, maize germ and sunflower meal, and animal products such as fish meal and blood meal. Others are cereal grains and commercial dairy meal.

Cows also need minerals to remain healthy and for the body to function properly. Minerals: Lack of adequate minerals means reduced milk production, fertility problems and weakness of bones, among other problems. Water:

Your cow will also need at least two buckets of water a day. How to make hay for your animals

The rainy season is an opportune time to get plenty of grass for your animals, which you can make into hay and store for the dry season, to ensure you have a consistent production of milk. According to the Kenya Agricultural Research Institute, the opportune time to make hay is between December and January and April/May, at the end of the rains when there is plenty of sunshine.