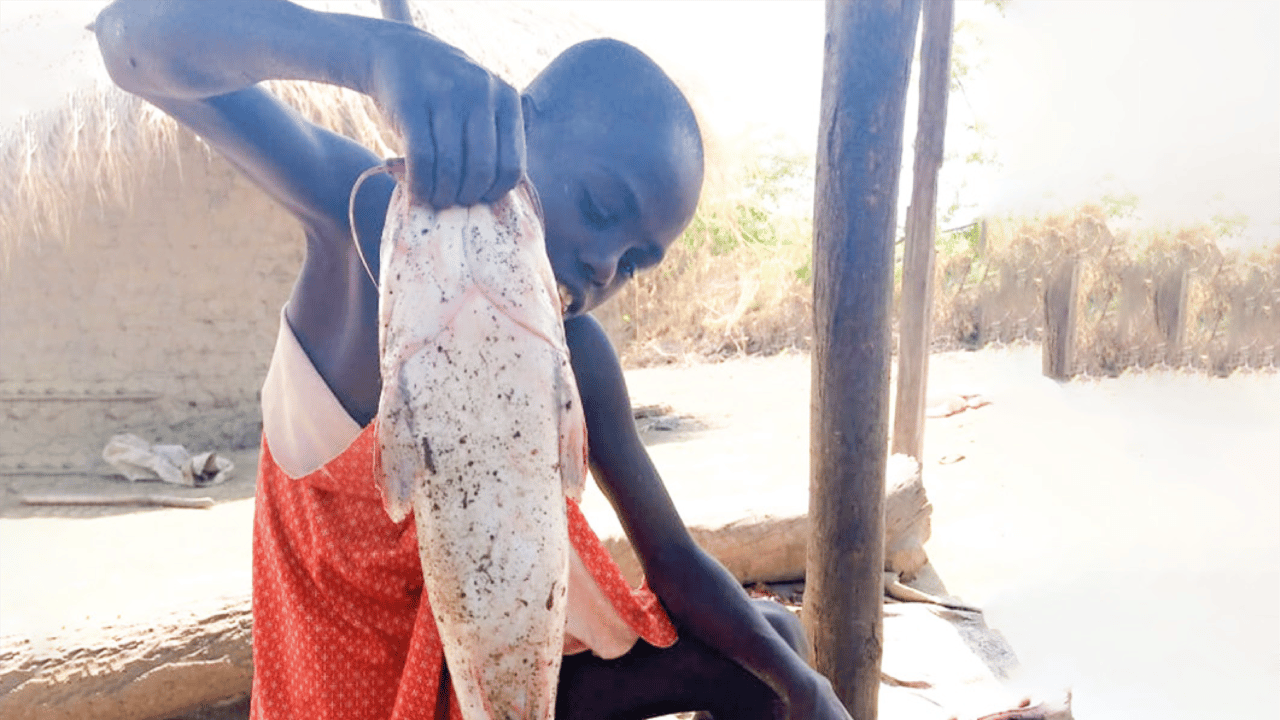 Years of environmental and land degradation by profit-motivated firms have turned out to be a blessing in disguise for the people of Olmirrui Sub-Location, Enkingirri Location, Kaputie North ADA, Kajiado East sub-county. For many years, the residents suffered the effects of abandoned quarry pits that resulted from gypsum mining by East African Portland Cement Company and Savannah Cement Ltd. At first, the community viewed it as an environmental hazard but soon, the pits turned into animal watering points after being filled with rainwater. Later, some community members started growing crops around the small water bodies. Some started calling the water bodies dams or “Olturoto” in Maasai language.

East African Portland Cement Company, through its environment m a n a g e m e n t department, stocked several dams with tilapia and catfish, though the community did not initially know the economic benefit of this activity. Kajiado County, through its Fisheries Department, started educating the community on the nutritional and economic value of fish and fish products. As residents embraced the practice, fish from the “water dams” started finding their way to the market, earning the farmers and others involved in the business an income. This has seen the county, in collaboration with Aquaculture Business Development Programme (ABDP) and Kenya Fisheries Service (KeFS), stock more dams in the area to increase fish production. Many families are now enjoying the tasty delicacy on their menu directly from the “water dams”. Youths and women have joined hands and formed groups that are involved in the fish value chain.

Narropil Aquaculture Field School is one of the active groups made up of young and elderly community members and they have constructed a fish pond just next to a water dam. Last year, they had the privilege of hosting the Annual Aquaculture Day, which is celebrated on May 20. Most of the dams in the county have a well-established management committees that ensure sustainable use of the resource. The dams have great potential and several climate-smart aquaculture technologies such as cages and pen culture can be employed. Stocking of the water pans has several benefits to the area, including the fact that catfish are broad feeders, ranging from small invertebrates to vertebrates of the aquatic environment that might be carriers of livestock and human diseases; tilapia also feeds on algae in the water, cleaning it. From the recent Small Water Bodies Carrying Capacity report by ABDP, in collaboration with Kenya Marine and Fisheries Research Institute (KMFRI) on dams in the area, Olmirrui Water Dam was found to support diverse population of algae and zooplanktons, hence good for captured fisheries.