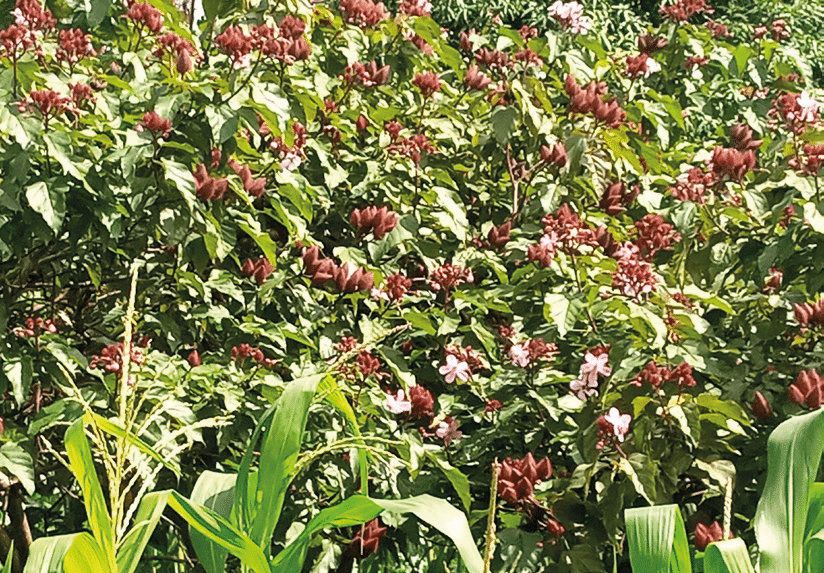 It is found on almost every farm in most parts of Kwale and Lamu counties, where it has been grown for several decades. Along the Kenyan Coastal Strip, in the Kikoneni area of Kwale County, farmers tell different stories about Bixa Orellana, locally known as mrangi or ‘lipstick tree’ because of its beautiful red fruit, a plant that is easily grown with other food crops.

This special plant produces 70 per cent of the worlds natural food colours. And has the potential to earn farmers good money

According to Kenya Agricultural and Livestock Research Organisation (Kalro), Mtwapa station, Bixa plant does well in warm humid areas with temperatures of between 32 and 38 degrees Centigrade.

This wild-looking plant does not require high fertile soils and is resistant to most pests and diseases. However, the soils should be well drained. It does well in areas with an altitude of 2,000m and annual rainfall of 1,250 mm-2000 mm. Farmyard manure of about 10 tonnes per acre is sufficient.

Propagate from either seed or using stem cuttings. Sow seeds in the nursery at a spacing of 25cm x 10cm and a minimum depth of 2.5 cm because of their long taproots.

Germination occurs within eight to 10 days. Transplant seedlings after four months, when they are 15-25 cm tall preferably at the onset of the rains.

Weed as often as possible, ensuring that your young trees’ roots are not disturbed.

Prune to produce a canopy that is easy to harvest.

Plants start flowering in the first or second year of planting. Pluck off flowers in the first two years to encourage good vegetative growth and for better performance of the plantation in subsequent years. The plant continues to yield flowers for 15 to 20 years.

Though the time of flowering differs with the species, plants that bear fruits three years after planting are of good quality.

About 30 days from the start of flowering, capsules will appear on the trees and 90 days later they mature and dry. The dried capsules make a rattling sound. They also form a crack at the stigmatic end of the capsule.

You should begin harvesting three years after planting. The plants can keep producing for eight to 20 years under good management.

The dried capsules should be harvested when they make a rattling sound, failing which, they will burst and result in heavy loss of seeds.

After collection, the capsules are sundried and then beaten with sticks to remove the seeds. After that, the seeds are also sun-dried, cleaned, and packed in gunny bags.

On average, a three-year-old plant will yield about 0.5kg to 1.0kg of seeds in the initial years. The maximum yield is obtained from four to 10 years and it can be as high as 15kg per plant per year.