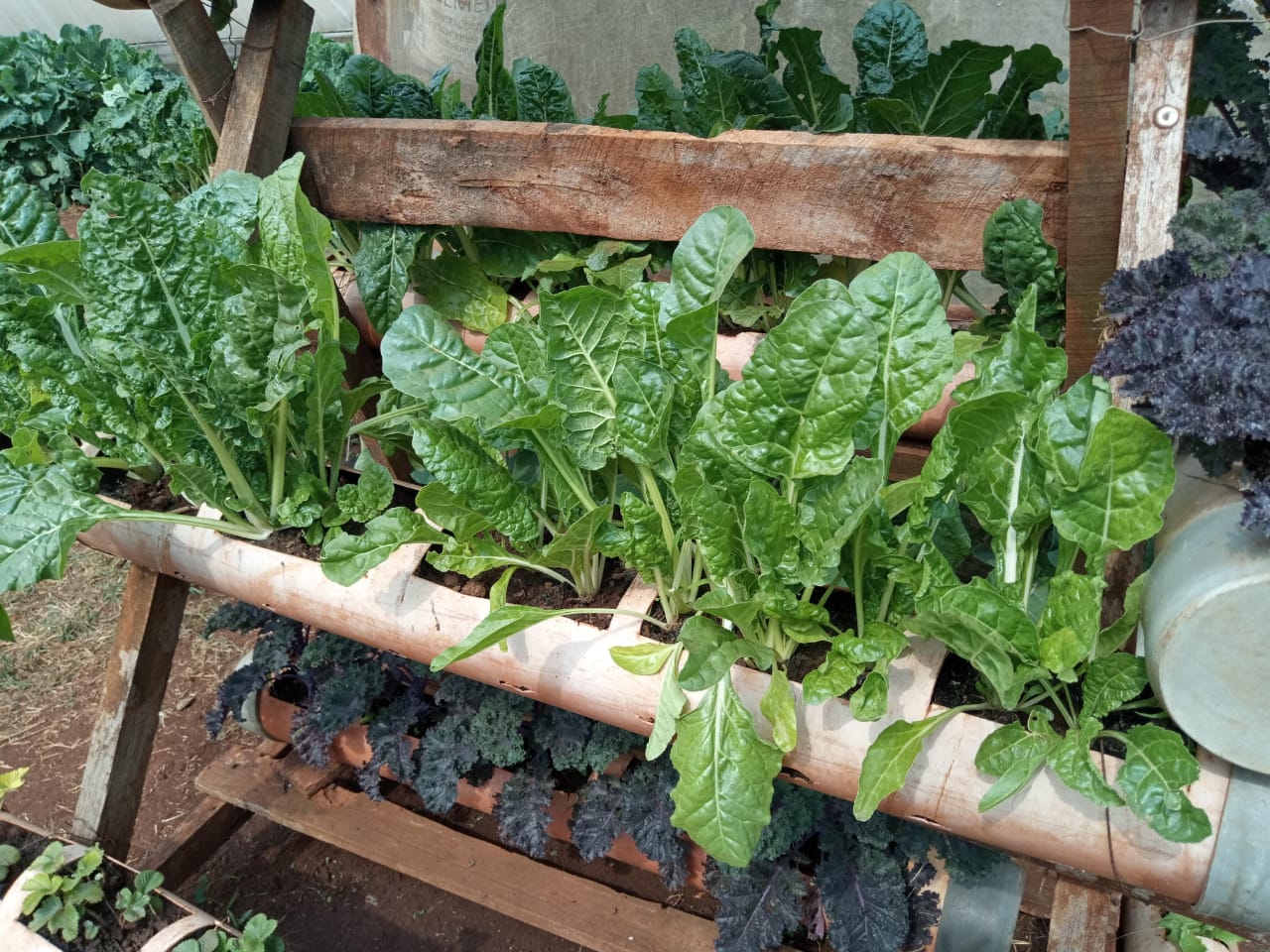 At the age of nine, Josephine Favre uttered the words of her passionate dream:

“When I grow up, I am going to feed Africa.” Interestingly, the little child was then thousands of miles away from her continent, Africa. She was tired of being bullied every day by her schoolmates because of where she came from.

The child of a diplomat from a ‘Third World’ country, living in Switzerland, she vowed in her father’s living room that she was going to erase the hunger narrative on her continent.

Born in Tanzania, Josephine’s parents had moved to Geneva, when she was eight years old. This was after her father, a lawyer, got a new diplomatic job in the United Nations.

Life in Tanzania with her father and flight attendant mother had been great and she had all the reasons to be happy and to excel in education.

“Life in Tanzania was very comfortable,” she says of her childhood. In Geneva, she was enrolled in the most prestigious schools.

“As a diplomat’s daughter, I enjoyed all the privileges of interacting with children from well off backgrounds,” she recalls.

However, like in every other school, there was a lot of bullying, especially of children from Africa and elsewhere in the Third World.

“Your people are hungry because they are stupid; they can’t feed themselves,” she was constantly told. This hurt the little girl deeply.

“I knew that I had to do something. The bullying fuelled my determination to succeed, and I promised myself that I would change the situation,” she says.

Favre would visit her grandmother in Tanzania, every two years from whom she picked up some vital lessons in life.

When she narrated to her how she was being bullied, the grandmother told her:

“You can only fight anybody, if you are smarter than them, and so education is key.” The taunting, she narrates, “brought me closer to the continent, and gave me the ability to contribute to Africa, far from my comfort zone in Geneva, Switzerland”.

Today, Josephine is the president of the African Association for Vertical Farming (AAVF), an organization with roots in South Africa, Nigeria and Kenya.

AAVF promotes the use of vertical farming to improve food security and provide a platform for economic empowerment, especially for youth and women through innovative food production practices.

Through vertical farming, Josephine, also a self-styled human rights activist, is determined to see that each day, fewer people in Africa go to bed hungry.

“I want to help my continent to leapfrog the problems of hunger and food insecurity,” she explains.

It is a dream she hopes to realize through creating awareness and space for vertical farming. This is the practice of growing crops in vertical layers.

It often incorporates controlled-environment agriculture, which boosts plant growth, and soilless farming techniques such as aquaponics, hydroponics and aeroponics.

“I realized that this technology suited Africa and that was my turning point,” she says.

Using vertical farming technology, farmers can grow crops all-year round. Small spaces can be made to produce economic benefits because of increased yields.

The technology is climate smart. “Anyone can use a small space productively. You don’t have to own a farm. One can farm on as little as 5 meters by 7 meters’ space,” she explains.

On the perception that vertical faming technology is expensive, Josephine says: “One can have a vertical oil barrel cut into three or four layers and used to plant various crops that can then feed the family and sell the surplus.”

Unlike the other continents that need sophisticated artificial lighting, she adds, Africa has enough sunlight. With climate change and other forms of pollution affecting the continent’s soil quality, plants in a controlled environment grow using 98 per cent less water.

“We have mines and petrol polluting the soil. In vertical farming, farmers control the ecological or bio-nutrients that the plants need.”

“I hope in a year or so, maybe half of Africa or about 70 per cent of African farmers will turn to vertical farming to alleviate poverty and hunger,” she says.

The former marketer and mother of three, adds: “I am not the first to bring the technology back home. But I think I am the first person to talk about it and create its space, particularly in East Africa.”

Speaking in an interview with Smart Farmer magazine, she says: “The well-being of our people starts with food. The need to listen to our farmers should be our number one quest because Africa can feed herself.”

But how did this trained marketer, who has had lucrative opportunities in the luxury industry, crafting marketing strategies for leading outfits such as Gucci, find herself in the world of agribusiness? “

One day, somebody offered me a job as the head of marketing of a vertical farm. I had no clue about vertical farming.

It is like God brought back my world – that of the food industry, dealing with agriculture and technology,” she says.

After several years of hands-on experience and interaction with experts in vertical farming from Europe, Asia, America and South Africa, she sank her teeth in the technology and her appetite to change the continent’s food production increased.

“I literally learnt from the most learned vertical farmers in the world. I have met all of them, including the person who wrote about vertical farming himself.”

Strides in the industry

In September 2019, Josephine hit the road running by forming AAVF in South Africa. The organization has since then reached out to many communities, smallholder farmers, slums, and marginalized areas. Studies show that women account for nearly half of the world’s smallholders, who produce 70 per cent of Africa’s food.

Yet, women own less than 20 per cent of land in the world. Women farmers not only toil on farms to feed and care for their families, but they also feed a bigger family; the world’s growing population. Did you know that every time you take a fruit or vegetable, there is 43 per cent chance that it was produced by a woman?

The mind-set changes from being farmers to agri-prenuers is vital in the adoption of new technologies. Africa has only 18 per cent of agri-prenuers compared to Europe’s or America’s 85 per cent. “We don’t want to practice agriculture like our grandparents, we want to be agri-prenuers. Agri-prenuership is the future of food security in Africa,” she adds.

Youth leverage on technology and are bringing a new dynamism and perspective to agriculture. A Mercy Corps AgriFinance Accelerate study found that 90 per cent of farmers aged 18 to 35 in Kenya have high levels of engagement with information and communication technology.

Josephine notes that youth will the center of the AAVF programs, which involve empowering, training, mentorship and retooling of skills.

“Young people want to farm with technology and that is where the money is going to come from,” she explains.

“At AAVF, we have established vertical farms for young agriculture graduates (agronomists) with no jobs by creating greenhouse tunnels that can employ them,” she says.

The next step is to bring new technologies into agriculture such as artificial intelligence, the use of drones and irrigation systems.

The Covid-19 pandemic, which has led to a partial lockdown in many parts of Africa, has caused unnecessary disruptions in the food supply chain, with the scarcity of labor making it even worse.

Ironically, Josephine points out: “The pandemic has unearthed solidarity in people. We now see people feeding one another.

In South Africa we are already leading by example, with our association is distributing food in major townships.”

The association is also linking youth with training, mentorship, and funding opportunities with global agri-prenuers.

“We recruit youth from Africa’s agriculture, train them on vertical farming, and fund them to go to Canada to nurture their expertise,” she says.

“If youth can sustain the craze they have about vertical farming for the next two to three years, then we will elevate the interest of the technology on the continent.” AAVF plans to expand to more African countries, including Uganda, Tanzania, Republic of Congo, Cameroon, and Ghana. “I tell my children Africa needs me. Africa is my new baby,” she says.

More about Josephine, AAVF and her expertise in Vertical farming at; https://www.aavf.ch/copy-of-vision-mision