The tennis match that ensued online between angry Kenyans and Kentucky Fried Chicken KFC at the top of this year seems to have a silver lining. A meeting between the ministry of Agriculture, led by the Cabinet Secretary Peter Munya, and KFC on why they did not source their potatoes locally.

The meeting revealed that the potatoes KFC requires for their French fries are not produced in Kenya. However, through seed multiplication the desired potato could be obtained locally by June. This recommendation was effected by CS Peter Munya.

Farmers across the country received the news well as KFC is a huge market. As a result of this, more business has been opened up for them.

This entire discussion comes against the backdrop of the issue that arose from a tweet by the multinational company.

Read about it HERE! 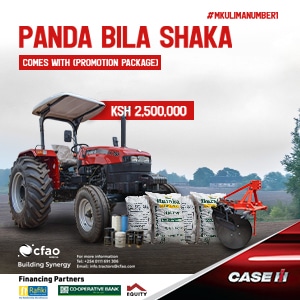