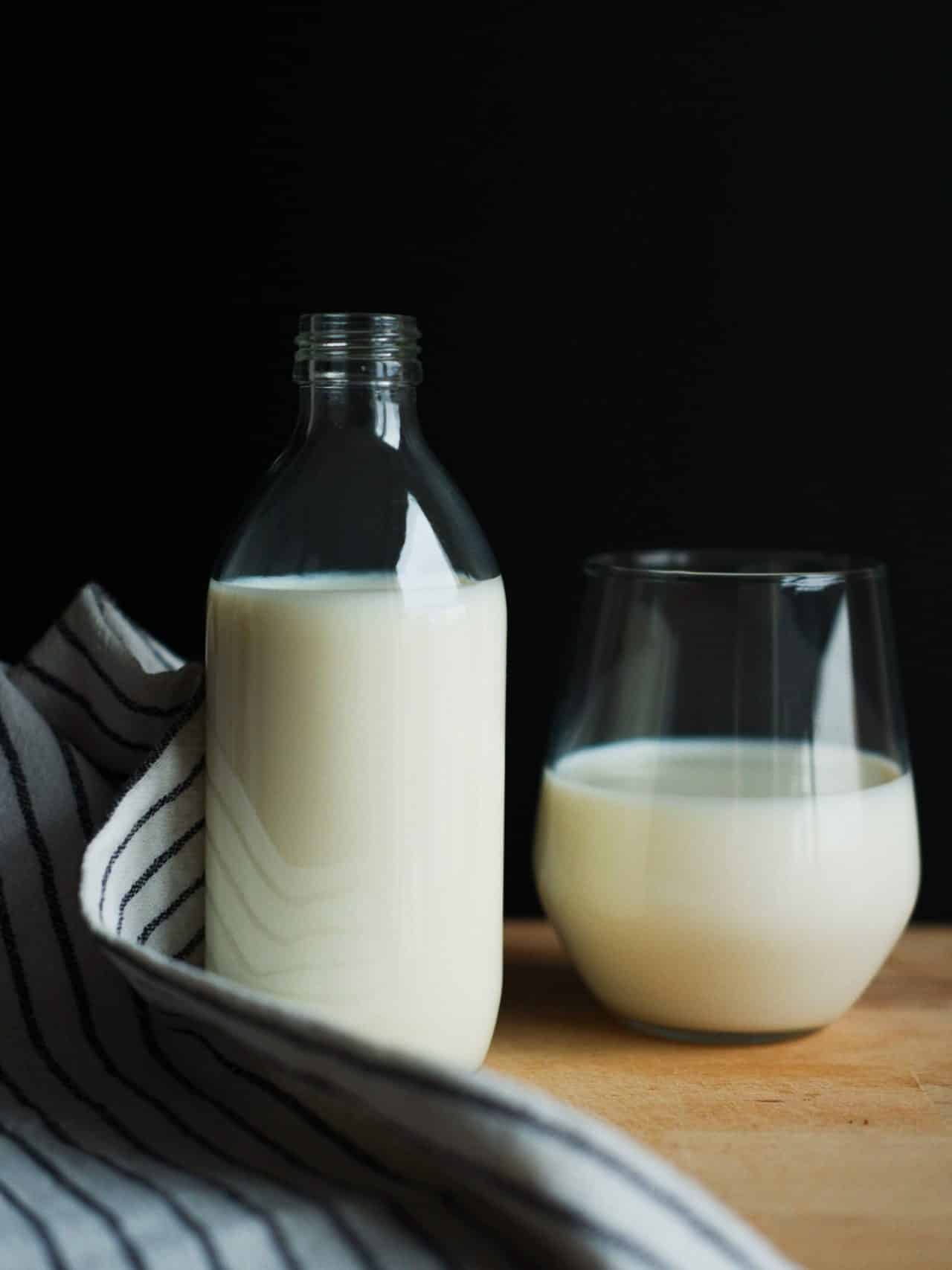 Did you know that more than 6billion people worldwide consume milk and milk products? However, a large percentage of the total world population suffers from lactose intolerance. Lactose intolerance is the body’s

decreased ability to digest lactose, a sugar found in dairy milk. The condition is characterised by symptoms such as diarrhoea, gas and bloating that occur 30 minutes to two hours after consuming dairy products. It is different from milk allergy, which is an adverse immune reaction to the proteins in animal milk.

Although the condition is manageable, many avoid dairy products. There are interesting options to choose from, varying from lactose-free milk to plant-based milk. Simply put, it is milk with lactose removed from it. Lactose intolerance is brought about by the deficiency of lactase, an enzyme produced in the small intestine that breaks down the lactose in milk. Manufacturers produce lactose-free milk by adding lactase to regular milk. This does not affect the milk in any way, as it retains all the important macronurients found in regular milk such as calcium. The taste and smell of lactose-free milk also does not vary from that of regular milk.

How lactose-free milk is made

Lactose-free milk is made by adding a synthetic enzyme lactase to the milk. The enzyme predigests the sugar into glucose and galactose. The resulting milk still contains the enzyme, so it is ultrapasteurised to deactivate it and extend the shelf life.

Another way of making this kind of milk is by completely strain- ing the lactose out of the milk. This is through ultrafiltration techniques that mechanically separate lactose from milk, completely removing the sugar. Milk can also be passed over lactase, retaining the sugars glucose and galactose, but not the enzyme.

Lactose-free milk is usually sweeter than regular milk as the sugars in it have already been broken down. It also has a longer shelf life compared to regular milk as it lacks lactose, which is responsible for most of milk’s spoilage. Even as lactose-free milk is a good alternative for people with lactose intolerance, it’s un- suitable for those with dairy allergy. Other alternatives include:

It is derived from whole oat grains and is made from soaking and blending them with water and straining them to separate the milk from the oats.
It’s a good source of fibre though it is not as nutritious as whole oats. It is, therefore, usually enriched with nutrients. Most commercial oat milk is fortified with vitamins A2, D, B2 and B12 and minerals like calcium, potassium, sodium, magnesium and iron. Oat milk is low in cholesterol making it good for the heart and weight loss.

Rice milk is plant milk made from rice. There are two ways to make this type of milk at home with cooked and uncooked rice. Manufacturers make it using brown rice and brown rice syrup, sweeten it, fortify it and add flavours.

To make rice milk after cooking rice, drain it, and let it cool. Add fresh water and a sweetener of your choice then blend. Pass the resulting liquid through a sieve and refrigerate.
To make rice milk from uncooked rice, soak it in hot water for several hours and drain it. Blend it using fresh water and add a sweetener of your choice. Sieve and refrigerate.

Rice milk is a good alternative for people with lactose intolerance and milk allergy. It has less calories compared to whole cow milk and is a good source of carbohydrates. However, it may not be the best due to its low nutritional content. Homemade rice milk is also tasteless and requires additional sweeteners. Manufactured rice milk, though expensive, is fortified with various nutrients such as calcium, magnesium and iron, and comes sweetened.

It is made from boiling and grinding corn kernels, corn liquid extract and water. It can be served either hot or cold. Corn milk contains vitamins B, B1, B5, and B3, which are good for the brain. The Vitamin C and folic acid in this milk are good for pregnant women.

How to make corn milk

• Boil maize in 1 litre of water
• After boiling , put maize into a side so that it turns dry and keep the boiling water.
• Remove maize seeds from the maize cobs
• Blend the maize seeds using the boiling water.
• Filter the liquid using a sieve or cloth so that you have the corn milk.
• Add milk and sugar and cook on medium fire until it boils.
• If you want it completely dairy free ,substitute the milk with rice milk.

Soy milk originated in East Asia and slowly became a common beverage around the world. With its rich, creamy texture, it’s good for people avoiding dairy for whatever reason. It is a dairy milk replacement made from soaking and grinding soya beans, boiling the mixture and filtering the resulting liquid. Most brands fortify their soy milk using minerals such as calcium. Soy milk is rich in proteins and balanced in fats and carbo- hydrates. It is the closest to low-fat cow milk in terms of nutritional composition compared to other plant-based milks. However, people with soy allergy should keep off soy milk. Another nutritional disadvantage of soy milk is the added sugar content. To minimise this, buy unsweetened soy milk.

It is a non-dairy beverage made using peanuts and water. It is made in a similar way to rice milk and soy milk. Peanut milk needs to be cooked to bring out the creamy texture and nutty taste.How to make peanut milk