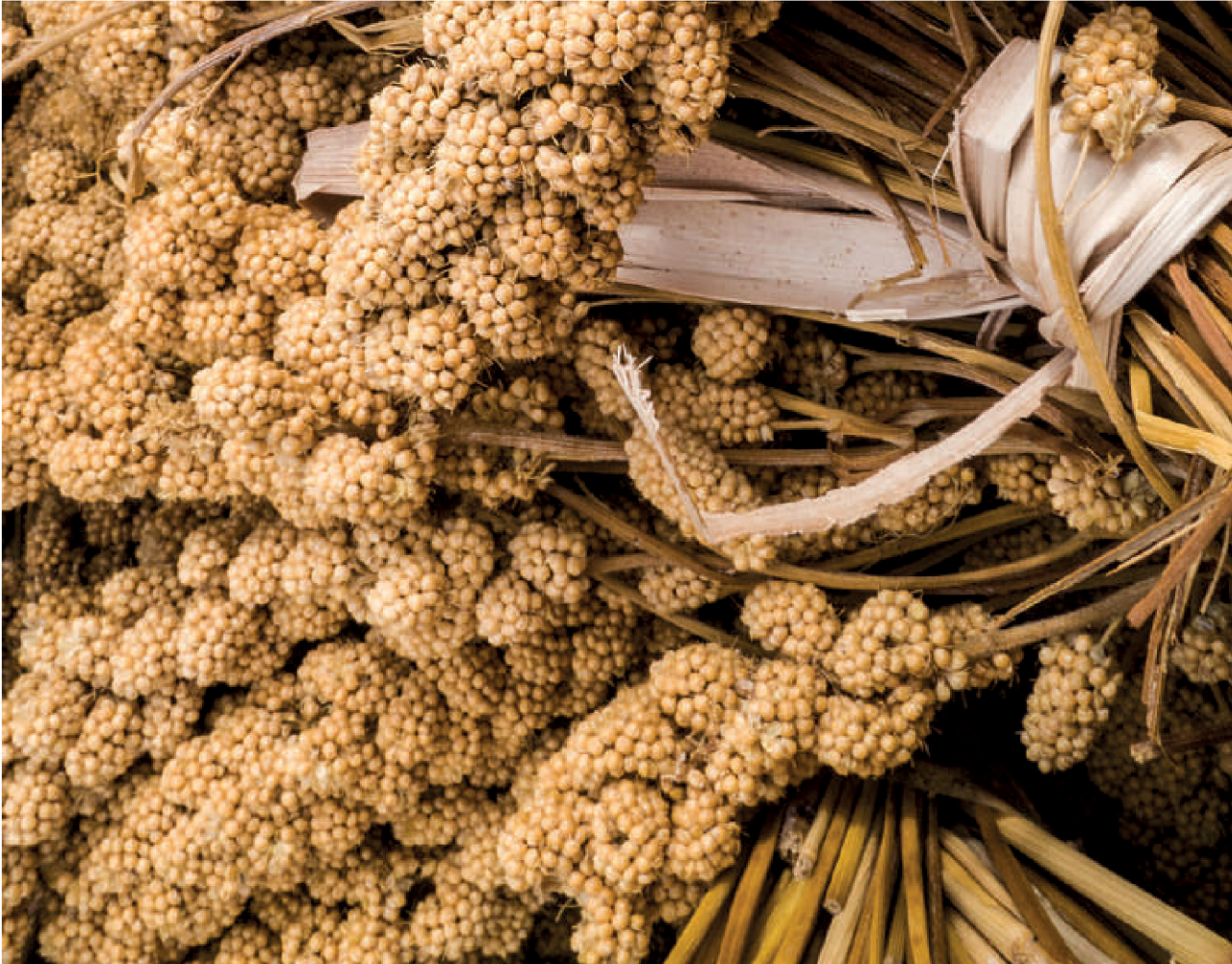 Consuming millet reduced BMI by seven per cent in people who were overweight and obese. It also decreased blood pressure with the diastolic blood pressure decreasing by five per cent
June 2, 2022
Views: 940

Millet diets can reduce blood cholesterol by eight percent, from high to normal, according to a study con-
ducted by the International Crop Research Institute for the Semi-Arid Tropics (Icrisat), in which 900 people were analysed. The study also indicated a reduction in the level of blood triglycerides and Body Mass Index (BMI).
It showed that consuming millet reduced BMI by seven percent in people who were overweight and obese. It also decreased blood pressure with the diastolic blood pressure decreasing by five per cent.

These results are based on consumption of 50g to 200g of millets per day for 21 days to three months. The results, published in the Frontier in Nutrition journal, showed that staples such as millet can help combat the growing prevalence of obesity and being overweight in children, adolescents and adults.
“This was the first study to show the impact of millets on cardiovascular diseases. We were able to collate and analyse data to show significance,” observed Dr S. Anitha, a senior nutritionist at Icrisat and the study’s lead author.

According to researchers iron deficiency anaemia has been on the rise globally affecting 1.74 billion people in 2019. It affects cognitive and physical development in children and reduces productivity in adults. Researchers note that poor diets lacking in iron reduce brain development and capacity-
hampering individuals’ potential and societies.

“Although the amount of iron provided depends on the millet variety and its form of processing, the research shows that millets can play a promising role in preventing and reducing high levels of iron deficiency anemia,” observed Dr Anitha. The study also published in Frontiers in Nutrition, shows that millets increased haemoglobin levels by as much as 13.2 per cent.

Nearly 1,000 children, adolescents and adults consumed a mix of six different millet types- finger millet, pearl millet, sorghum and a mixture of kodo, foxtail and little millets.
The participants consumed the millets for between 21 days and 4.5 years.
Comparative findings also show that millets are much higher in unsaturated fatty acids, with two to 10 times higher levels than refined wheat and milled rice. They are also much higher than whole grain wheat.
“This latest review further emphasizes the potential of millet as a staple crop with many health benefits. It strengthens the evidence that eating millet can contribute to better cardio-vascular health by reducing unhealthy cholesterol levels and increasing the levels of whole grains and unsaturated fats in
the diet,” said Prof Ian Givens, a co-author of the study and director at the University of Reading’s Institute of Food, Nutrition and Health (IFNH).

“These findings on the health benefits of millet further supports the need to invest more in the grain, including its whole value chain from better varieties for farmers through to agribusiness developments,” said Dr Jacqueline Hughes, the director-general, Icrisat.
Across Africa and Asia, millet is considered an ‘orphan crop’ and little investment has been put in for its commercialisation.
Consumption has also been low compared to other highly invested staples such as maize, wheat and rice.

Millet is hardy and climate smart and returning to this traditional staple makes a lot of sense, and could be the turning point of some major health issues.
Value addition and processing of the millet have been found useful in millet consumption.
The research also showed that processing can significantly increase the amount of iron available.
For example, millet snacks made by extrusion increased available iron 5.4 times, while fermentation, popping and malting more than tripled the iron available.
Germination (sprouting) and decortication (dehulling) more than doubled the available iron.

Previous studies have also shown that millets have a significant positive impact on reducing the risks of diabetes diseases.