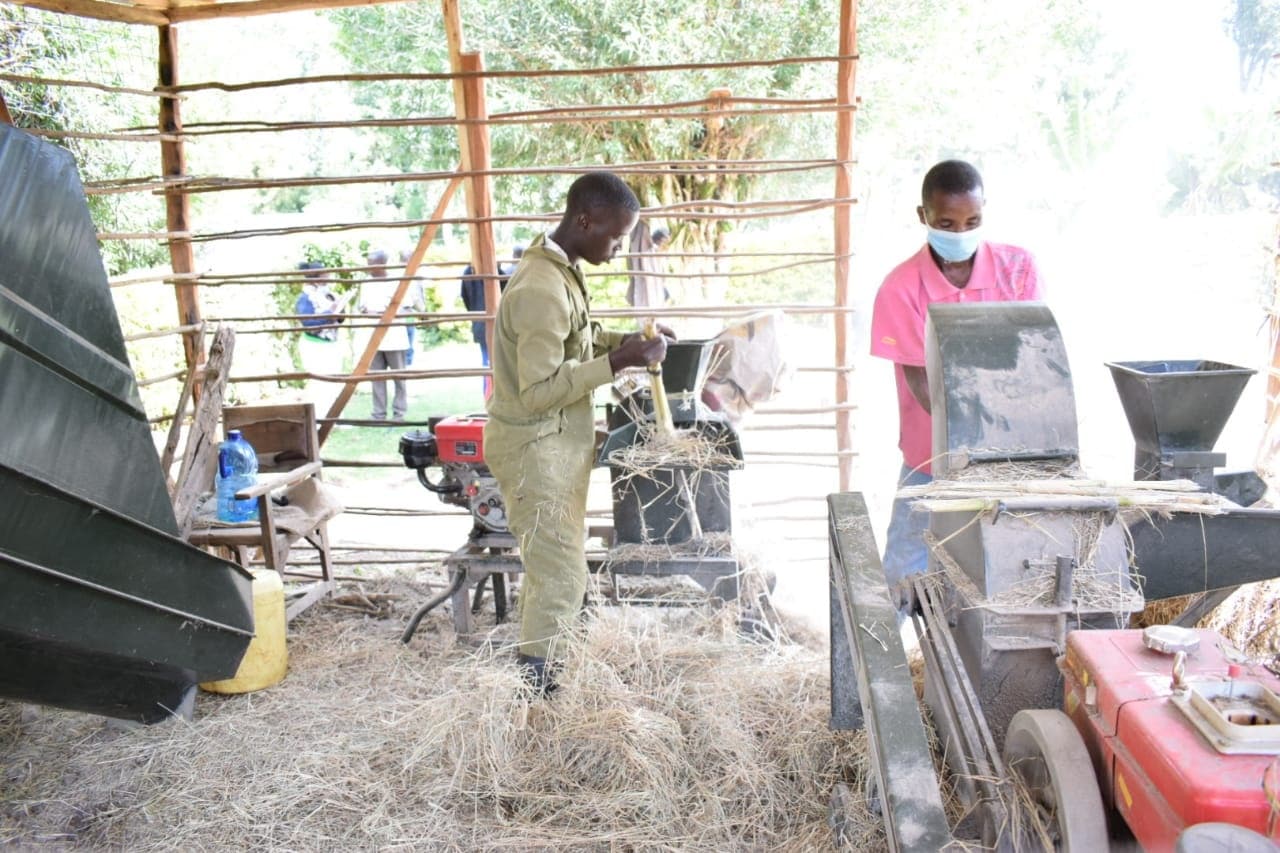 When Alfred Korir started dairy farming in Nakuru County, he was confident that he would make hefty profits. However, the 68-year-old retired teacher would be in for a shock. No matter how hard he tried nothing would work. He later established that the cost of feeds was too high and that the milk he sold would not cover it.

“The cost of feed in Kenya is so high that it makes it hard for smallholders to make profits,” said Korir. “Initially I would dig deep into my pocket to feed cows that would give me nothing.”

Turning around his farm

Two years later, as Alfred was almost giving up, the county government came to his rescue. The county offered an on-farm-feed formulation and management training to smallholder farmers.

Armed with knowledge from the training, he was not only able to lower his costs but also increased the volume of milk produced.

“Before I started making my own feed, I would get a few litres, which I sold within the neighbourhood. Today, I have so much milk that I deliver some to the cooperative collection centre.’’

Advantages of the training

The on-farm feed formulation and management training is a program being carried out by the county government, in partnership with the National Agricultural and Rural Inclusive Growth project (NARIGP).

Nakuru County Agriculture Chief Officer Kibett Maina says. “The training has enabled farmers to gain skills and knowledge about each component that goes into the animal feed for maximum production and benefits.”

According to him, this has cut dairy production costs by at least 50 per cent.

“Feed is the most expensive commodity for livestock farmers and if they can access affordable and quality alternatives their ventures can be profitable,”  Mr Maina adds.

Before training, Mr Korir had five dairy cows. Two years later, he has doubled the number.

After the training, each group is provided with fodder planting material and feed mixers.

Mr Maina believes dairy farmers can reduce the cost of production of a litre of milk to as low as Ksh15 from the current Ksh25.