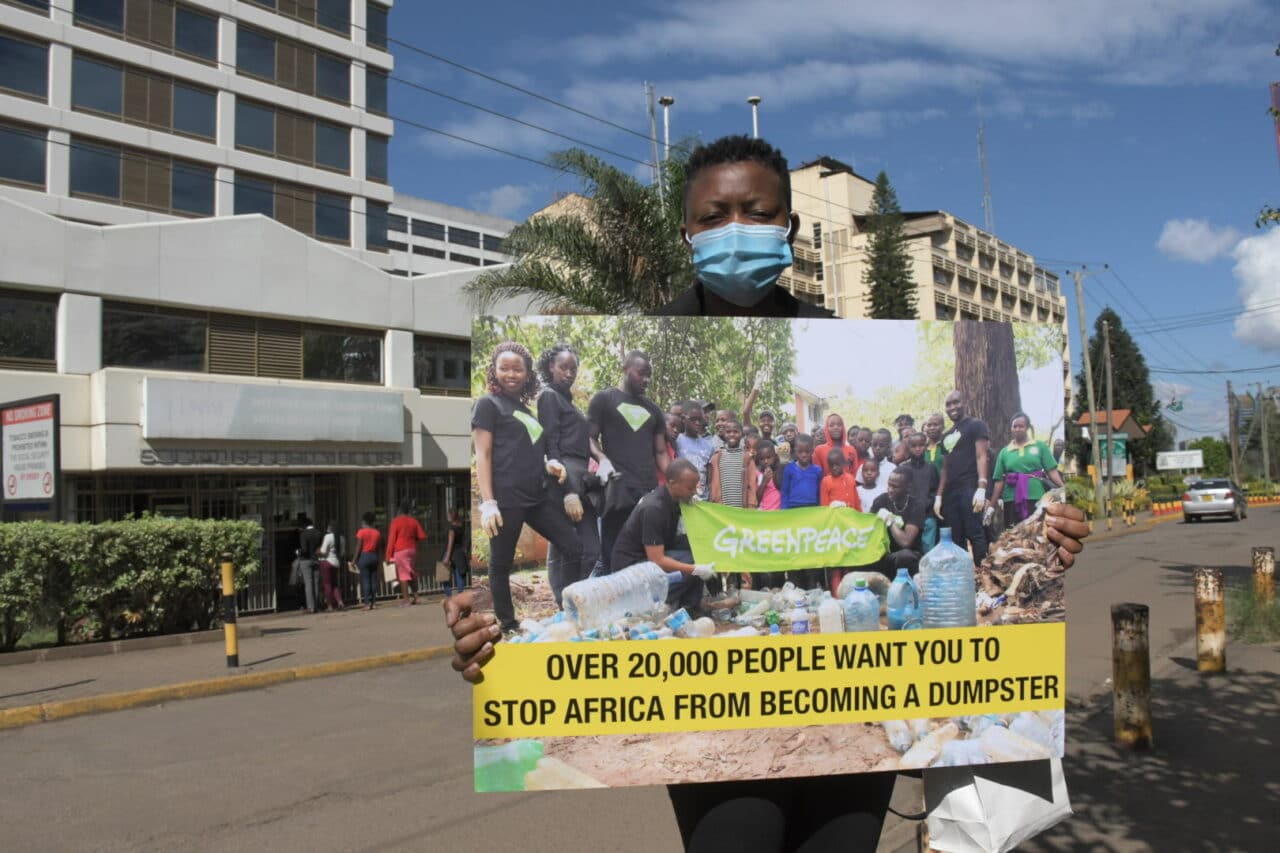 After months of intense pressure, Hon. Betty Maina, Cabinet Secretary for Trade and Industrialisation finally met Greenpeace Africa to receive the 20,000-strong petition calling for her to take a stand against advocacy from lobbyists from the American Chemistry Council, to make Africa a dumping site.

“We are here to represent the voices of over 20,000 people who are concerned about the future of our country and continent at large. We want to send a clear message that we will not allow any lobbyists or the plastic industry to derail us from the progress we have made in the continent. Kenya cannot be coerced into lowering its environmental standards by corporations who put profits before people and the environment,” said Fredrick Njehu, Greenpeace Africa’s Senior Political Advisor.

Many voices have come together to place this injustice on the agenda. Recently 62 lawmakers from the U.S. Senate and U.S. House of Representatives urged President Trump to oppose the export of more plastic waste to Kenya and support Kenya’s actions to curb the production of wasteful single-use plastic products.

A recent opinion piece by the U.S. Ambassador to Kenya, Kyle McCarter, gives a clear indication that the U.S. is willing to proceed with its  Free Trade Agreement with Kenya, respecting its environmental restrictions.

However, Njehu implored the Kenyan government to conduct an environmental, social and human impact assessment of its FTA with the US to inform its position.

“Such analytical work will enable government to include provisions which align with to its  sustainable development objectives in order to improve the livelihoods of its people. With the ban on the use and manufacture of single-use plastic carrier bags, and the recent ban on plastic in protected areas, Kenya has made significant progress to reduce plastic pollution. CS Maina should not undo the progress made this far,” the Greenpeace Africa Senior Political Advisor said..

A group of young climate activists from Kenya formed a coalition during the recent global climate strikes, to try and hand over a petition by one of them and call on CS Betty Maina not to allow Africa to become a dumping site for the US.

The plastics and petrochemical industry plans to use the US-FTA negotiations to push for investments in plastics products, market access for recycled plastics in Africa and importation of plastics waste.

Greenpeace Africa and its supporters are urging the Ministry of Trade to say no to this deal.

CS Betty Maina confirmed receipt of the petition on behalf of the Ministry of Industrialisation, Trade and Enterprise Development. She further stated that Kenya will keep in mind concerns raised by environmentalists during the full course of the negotiations in the making a free trade agreement