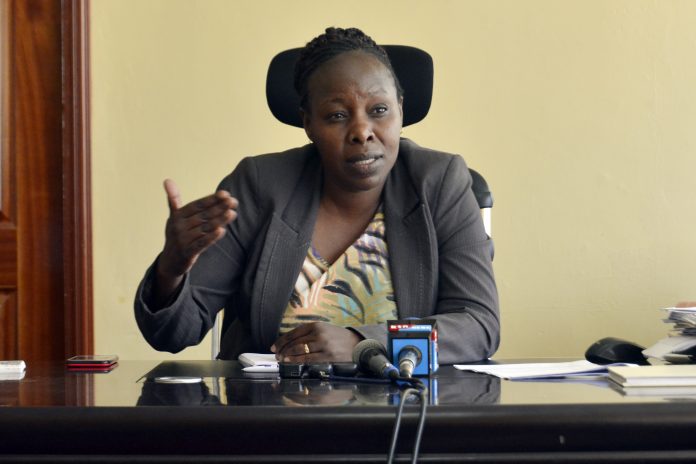 In the first two decades of independence, the vibrant agricultural sector experienced robust growth rates of four to six percent, which put the country on an economic growth path towards prosperity.

There were model farms and research and training institutions and they supported farmers through training and advisory initiatives, thus increasing their productivity.

However, in the mid-1980s things began to take a turn for the worse when the sector started to record reduced growth rates that went on into the 1990s and the new century, where the once vibrant sector started to witness a collapse in institutions.

The volatile political environment, underfunding by consecutive governments, encroachment by land grabbers on farm lands, and unpredictability of farming had such a huge impact on the country’s agricultural productivity that by the year 2000, growth rates had reduced to minus two per cent. But with the advent of a new government and changing political fortunes, the sector’s revival began.

According to statistics, there is a correlation between agricultural growth rates and GDP growth. When the sector is down, the GDP declines.

It means that success in agriculture is critical for national economic growth. This explains why the Nakuru County government has made agricultural revival one of its top priorities.

Although the county’s place as an agribusiness hub is partly due to historical factors, and a robust agro-processing infrastructure, there is more work to be done.

Governor Lee Kinyanjui and the Agriculture CEC, Dr Immaculate Maina, are determined to restore glory to agriculture, livestock and fisheries! They have introduced initiatives to ensure this, and they seem to be bearing fruit.

Only recently, Nakuru hit the headlines for all the right reasons, when journalists from several media houses trooped to the county, jostling for a chance to meet the celebrated farmer Judy Wangeci.

This is the woman who rose from almost nothing to be crowned the best woman farmer in Kenya, beating thousands of other worthy contestants, in a nationwide competition. She would later be feted by President Uhuru Kenyatta, for her success.

Key among the initiatives is strengthening agricultural value chains to increase the earnings of farmers, boost production for food security and gain direct sales of farm produce to the regional and global markets.

“In earlier decades, farm production was tops but it became unpredictable with no guarantee of minimum return. There was little advice for farmers and lack of markets became the norm, all having a huge negative impact on productivity,” says Governor Kinyanjui, who heads what was once regarded as the ‘farmer’s capital’ of Kenya and the food basket of the Rift Valley.

“We are keen to invest in the agricultural sector to restore productivity and improve the livelihoods of the over one million population. We want to interest our young people in farming, to infuse technology and use it to create markets within and beyond the county,” he adds. “Availability of reliable data on value chains across the county is also vital in shaping agriculture policy, which is why we have established a countywide farmers’ registration to allow us to know how many farmers we have and what they do, so as to help in decision making.”

The county has also started state-ofthe-art farmers’ knowledge centres christened ‘Farmers Call Centres’, whose aim is to link farmers with expert advice on plant and livestock agronomics and disease prevention to increase production.

“Farmers need constant training and organisations that deal with research and training are critical for the sector,” he said in an interview with Smart Farmer.

CEC Maina, dressed in a pin-striped suit and contrasting red blouse during our interview in her office, said the call centre has two dedicated lines for farmers can call in and ask questions and receive guidance for free.

The county is also providing farmers with plant doctor services. Through a partnership with NGOs, FAO and CABI, 19 plant doctors are serving farmers and the county aims at ensuring every ward has one.

A plant doctor answers questions on pests and diseases across all crops. Just like one takes a child to the clinic, a farmer can pick up a diseased plant and take it to the plant doctor for diagnosis and referencing.

Strategic partnerships with research organisations such as Kalro and Egerton University, have enabled the county to educate farmers, using research and information.

“Even as we channel money into inputs, machinery and production, there is a need to enhance the capacity of farmers who are expected to do the work and feed the nation,”says Dr Maina, who is passionate and committed to matters agriculture.

Investing in research, especially in breeding programmes and seed propagation, is key in Governor’s Kinyanjui’s agenda.

“We went to a market called Banita and realised that the goats were really small due to inbreeding. We want to invest in breeding, get new breeds and keep upgrading the ones we have. This includes supplying our rural areas with the right semen to upscale the quality of our goats and sheep,” he says.

The governor is unhappy about importing seeds and animal breeds from countries that once flocking to Kenya for benchmarking.

“What a joke! It is a pity that countries such as Brazil that bought seeds from Kenya several years ago, are now producing world -class seeds and breeds which we buy,” he adds.

Up to the 1980s, there were many model farms in Kenya, recalls the governor. There were farms that bred and raised Ayrshire cows, and other breeds, and dogs. There were huge successful plantations, including coffee estates, but due to lack of proper succession, these have collapsed. ‘’

All over the country, we lack a proper succession mechanism. The old generation farmers are now in their 80s and may not be productive,” he says.

‘’Today, farming is not a career by choice but by default. When you have been sacked or retrenched, it becomes the fallback, and this explains why we are having this problem of reduced agricultural productivity,” says Mr Kinyanjui.

However, Kenya’s youth bulge presents an opportunity for agriculture, he says. Encouraging young people to return to the land, is pivotal in cultivating a nation that can feed itself.

For ‘succession agriculture’ to transform food security, there is a need to position agriculture as an attractive career option for youth.

“Young people must cultivate a ‘takeover mantra’ in the agribusiness sector as the old farmers are alarmingly abandoning land as their energy wears out.”

The county launched a youth in agriculture programme on December 7, during the Agritech Talks – Nakuru County event, which was meant to make the sector more attractive for youth. The event held in partnership with Smart Farmer Africa, was intended to reach youth and urge them to venture into agriculture.

The government also needs to replicate what it has achieved in the Technical and Vocational Education and Training institutions (TVET), by offering scholarships to students to attend agricultural institutions, to lure more youth into farming. Dr Maina believes youth are the key to the future of agriculture and she is determined to bring them aboard the agricultural train.

“By involving younger farmers in this conversation, we can be confident about the future of agriculture,” she says.

Besides empowering youth, it is also crucial to put women in the equation to revolutionise agriculture. The county has also launched ‘women in agriculture’ programme. This initiative, Dr Maina hopes, will move women up the value chain, rather than have them crowding at the bottom.

In a partnership with an NGO, Merging Mundos, operating in Kenya and Argentina, the first 50 women have been identified for training with lessons from the South on women agri-preneurship.

One of the beneficiaries is Ms Wangeci, who won the top prize in the women’s category in farming.

“Using real case studies on how these women broke away from so many others to settle at the top of their respective value chains, we hope to position the women to mentor and hold the hands of others below them,” she adds.

The value chains county officials are working on include pyrethrum, avocado, potato, dairy, fisheries, cereals and legumes and flowers.

Nakuru County is a leading producer of flowers, potatoes, milk and vegetables.

“A while back, Kenya held 80 per cent of the world’s pyrethrum market share, which is not the case today. However, the agronomy, rainfall and elevation of Nakuru County is ideal for pyrethrum,” says the CEC.

With proper management, the cash crop can inject money into the economy and provide regular incomes to farmers.

“Pyrethrum is in demand, more so the organic pyrethroids, said to cause less health problems. The county is strategically positioning itself to grow with this market.”

The county government is working with six pyrethrum processors who buy farmers’ produce. Provision of planting materials, establishment of seed multiplication nurseries and capacity building are some of the strategies the county is using to woo farmers to grow the crop.

In late 2018, some 18 pyrethrum growing counties mooted an idea of forming a pyrethrum bloc to lobby for their common interest. Although little progress has been made due to funding hitches, Mr Kinyanjui’s optimism in reviving the sector is still alive. “We want to encourage farmers to revamp the sub-sector to recapture the global market.

To strengthen the avocado value chain, the county has recruited farmers to plant the fruit tree. “The county is advising farmers to increase their production of avocadoes due to the growing demand for the fruit.

In Nakuru, we have interest in Fuerte and Hass Avocados. The region is in an ideal location for avocado production due to its subtropical climate.” She adds: “We also chose the avocado because it has a good inter-phase between nutrition and economic empowerment for farmers.

This is because, despite producing lots of food, Nakuru County has a large malnutrition deficit, with up to 28 per cent of children under five being stunted,” she adds.

“The rich fruit will provide nutrition to families, environmentally increase trees on the farm while serving as a good source of income for farmers.” Animal feeds – Hay According to the governor, it is disheartening that farmers continue to produce low quantities of milk such as six litres and below from cows that could produce more than 25 litres per day.

“This is not necessary due to the breed of the cow but due to poor feeds. Giving a cow dry maize stocks does not help, as they have zero nutrients. Our farmers need to know that if they want to keep cows, they must be prepared to invest,” says.

Nakuru County is a good region for growing hay, especially Rongai, which produces the best hay in the country, says the governor.

“We are working on giving our farmers the right seed varieties to grow the hay and re-introducing others that had disappeared,” adds the governor.

Nakuru is the country’s second largest producer of potatoes after Nyandarua.

“There is need for a policy on weights and measures, at the county and national levels. A serious measure for enforcement and penalties, for anybody going against those particular weights and measures should also be put in place to ensure adherence,” she states.

The county is also doing well in fishing. Lake Naivasha supports about 100 boats; 1,760 fishing nets with over 704 fishermen directly and more than 3,000 people indirectly involved.

Fish production has increased over the years to 1,080 metric tonnes in 2016 from within and without the lake, valued at Sh141.9 million.

Fish from the lake is not only consumed locally but also exported. Cereals Another value chain the county is setting its eyes on is the production of cereals and legumes, which would substitute household diets and incomes.

READ MORE ON  NAKURU COUNTY -ALL IN EDITION 41