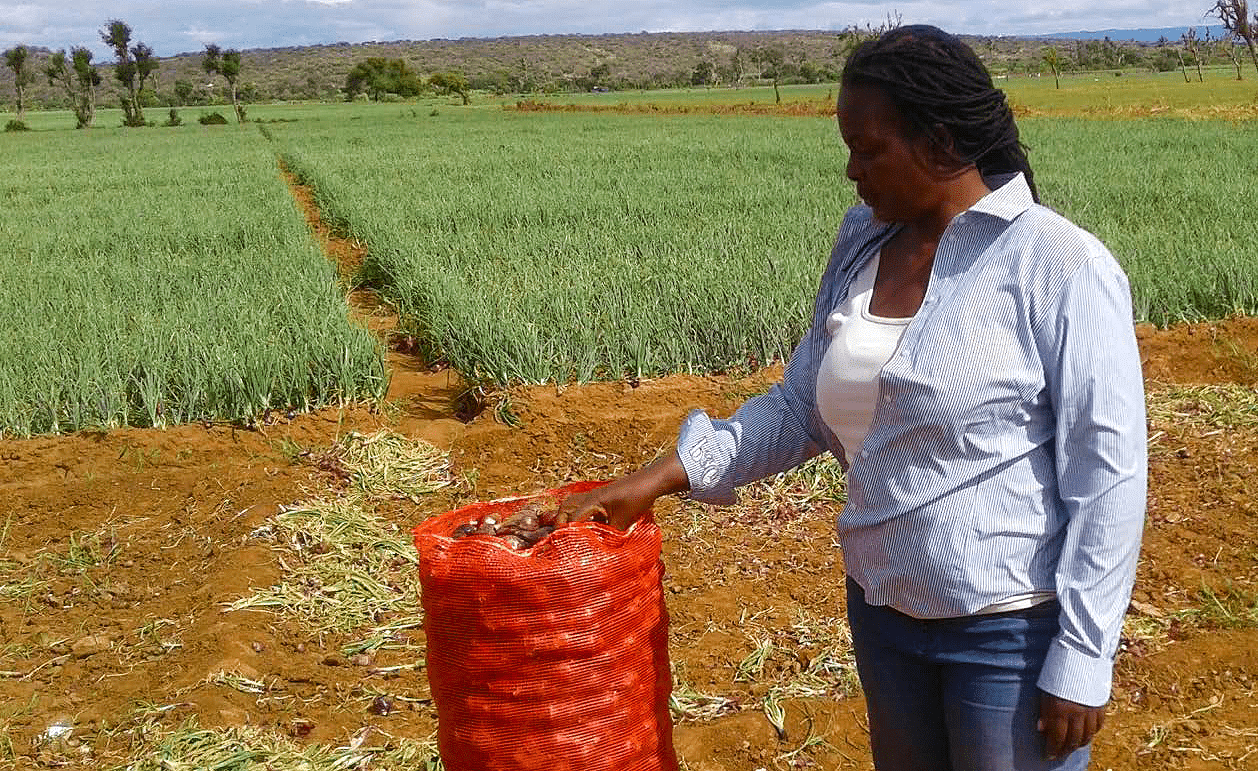 Farmers have been wondering what makes Tanzanian onions popular with consumers and why are they cheaper?

Ms Grace Awuor has been to the onion growing areas of Tanzania and Kenya, and knows a lot about the trade.

She got into the onion business by chance after a friend requested her to supply some fresh produce in 2019.

“Being risk averse, I chose onions which have a relatively long lifespan. Little did I know that I was venturing into the supply of a food product that we consume every day, but which accessing would be an uphill task,” she says.

“I thought that I would just walk into farms and get onions, given that in every mama mboga’s kibanda (stall) you never miss them. I was wrong! It took me three weeks to get the first lead on where to buy the produce only to discover that the sizes were not what my client wanted and the quantity was also very little.”

The following are what Grace found out:

Kenyans plant and produce in small quantities According to the former Nation Media Group employee, Kenyan farms are small and produce little.

“Rarely do acreages go beyond 10 and if they do, the farm is subdivided into smaller portions such that harvesting is staggered,” she says.

In May, Kenyan onions are scarce with most farmers having harvested their produce in February in preparation for the March-April rains.

So, around May and June, very few farms have ready onions, as most of them are in the seedbed at this time, she explains.

This posed a challenge for Grace as her clients needed a consistent supply of onions. “I did a background check and found out that most onions come from Tanzania,” she adds.

Grace travelled to Arusha and on to Mang’ola, a remote village on the shores of Lake Eyasi, about 200km from Arusha.

Upon arrival, she was surprised to see vast and neat fields of onions. The land is mostly communal and farmers combine efforts to cultivate as much as 200 to 500 acres.

Each farmworker is allocated two acres to care for. Grace was surprised at how many other Kenyan traders had lorries lined up to buy the produce.

“At some point, I thought I was in a village in Kenya, as most of these trucks were from Kangemi, Kawangware, and Marikiti in Nairobi, Nakuru, Kisumu, and Kitale,” she says.

“My Tanzanian farmer friends wondered if Kenyans had discovered a cure for a disease that utilises onions. They could not understand why we kept importing such huge amounts of the produce.”

Planting seasons While in Kenya, we plant the crop to coincide with our rainy seasons, production in Tanzania is all-year-round.

Most Kenyan farmers produce onions from January to march and August to October.

• Most Tanzanian farmers do not plant Hybrid seeds. They select seeds for propagation from the harvested crop. Their large acreages allow them to enjoy economies of scale. In Kenya, most farmers use hybrid seeds, which cost around 23,000/- per kilo. However, because of using hybrid seeds Kenyan farmers are able to produce more on smaller acreages* Hybridscome with benefitssuch asincreased production, resistance to diseases amongst others.

• Neatly done farms are irrigated through flooding water tapped from the surrounding hills, as most, are located at the foot of the hills. This cuts the cost of irrigating the crop. Although some parts of Narok use water pooled through gravity, most farmers in areas like Mt Elgon region rely on rainfall (thus their production is seasonal), while others use drip irrigation , which is expensive.

• Cost of fertilisers and pesticides in Kenya is also higher and some chemicals are banned because of their negative residual effects on the crop. The curing (post-harvest) “I was impressed by the curing process in Tanzania.

It is serious business. Five days are dedicated to this,” says Grace.

How it is done:

Harvested onions are left on the plain ground for two days. On the third day, the roots and stalks are cut off. The stalks are then used to cover the onions, which are left for another day.

After the fourth day, the onions are packed in nets for transportation to different destinations, but the highest demand is from Kenya.

Lessons learnt by the trader on becoming a farmer After a couple of trips, Grace decided that not only was she going to be an onion trader, but she would also farm.

“I decided to pour all my energy into the farm. Many think that farming is a walk in the park,” she says. “It is not! After facing a few challenges with a failed crop twice, she is upbeat that things are looking up with a good crop on the ground.

Ms Awuor further explained that onion prices in the market vary depending on when and where you are selling your onions.

They can go as low as Ksh25/kg to highs of Kshs 80/kg. The recent unexpected closure of the border of Tanzania resulted in a spike in onions prices which rose to kshs110/kg.

These prices have sinc fallen and a kg of onions is currently going for between kshs40 and kshs 60/ kg depending on the farmers proximity to the markets and the quality of onions produced.

Massive importation of onions begins from mid July to mid September and at this time expect to sell at lower prices and ensure that your onions are well cured to be competitive in the market.

From October to Mid January prices of onions will begin rising but untill when harvests from Nyeri hit the market and they reduce to between Kshs40 and kshs55 per kg.

From April prices again take an upward trend and peak prices are experienced from around May, June and part of July.

Onions cost higher in Mombasa, Nyanza, north-eastern Kenya and Nairobi where demand is high and the markets are vibrant and competitive.

The average cost of production ranges between Kshs6-11 per kilogram and this changes mainly due to the pesticides and fungicides used.

However, with good planning farmers can choose to specialise in onion farming all year round or they can plant other high value vegetables that can earn them equally good incomes during the months when poor weather conditions hinder proper curing of onions.