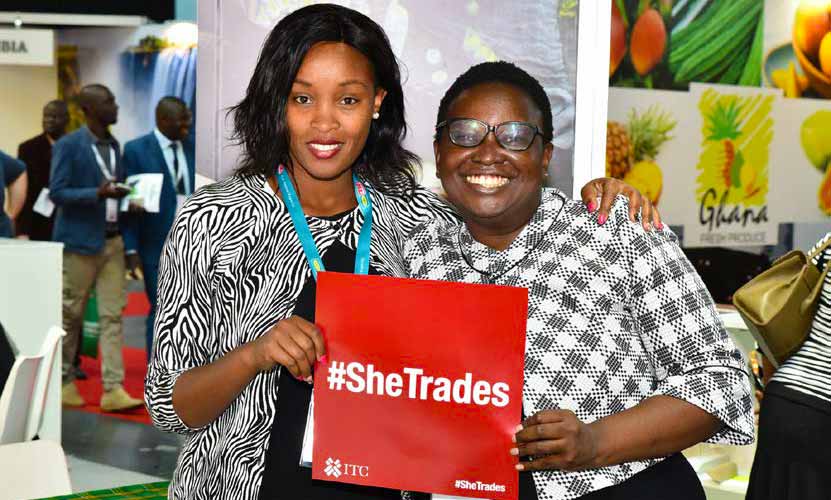 Becoming an exporter was not on the mind of Yvonne Otieno when she leased a one-and-a-half acre farm to grow crops. All she wanted to do was to farm to support her family.

When her father passed away in 2014, Ms Otieno, a communication specialist, was working for an international organisation, where she disseminated information on climate change, agroforestry, and fruit trees to farmers. But inspired by her late father’s passion, she decided to venture into farming.

When her father passed away in 2014, Ms Otieno, a communication specialist, was working for an international organisation, where she disseminated information on climate change, agroforestry, and fruit trees to farmers. But inspired by her late father’s passion, she decided to venture into farming.

“I wanted to do what I enjoyed most,” she told Smart Farmer in an interview recently. “Farming makes me happy. When sharing information about crops, other products, and markets, I come alive,” says the trained journalist.

She and her sister started farming on a 1.5- acre piece of land in 2015, growing green beans (Haricot Verts).

“We were not officially registered and were farming for someone else. While preparing the business case, all the numbers seemed to make sense. But we were making losses and I could not understand why,” she recalls.

They later discovered that the problem was that they were not doing it as a business. “We had not done our homework,” she says.

Also, being a subcontractor was not making financial sense. “The person we were growing for was contracted, and we were getting a raw deal. We decided to seek our own contract.”

An online research took her to the Horticultural Crop Directorate (HCD). Farmers register with the HCD and when export companies come calling, they are directed to them.

Two weeks after enlisting with the HCD, they got their first contract. Ms Otieno then decided to hone her entrepreneur skills by enrolling for a business course

“I needed to run my farm as a business and I, therefore, enrolled at Sinapis, a one-day-a week and four-month incubation programme,” she says.

“Every week, we learnt something different in business, which I applied to what we were doing. At the end of the four months, we participated in a business plan competition and won seed capital of $10,000 to invest in the business. By this time, we had leased a total of 10 acres.”

“Sinapis turned me from being just a farmer to a professional. I learnt business skills, financial skills, pitching skills, networking skills, and setting up operations. It accelerated me from a point where I had a lot of good ideas, to turning them into a viable business.”

Through the lessons learnt, the agri-preneurs were now able to manage their farm and operations. They created new systems which made them more effective and set them on a growth path.

With demand for their produce growing due to quality and consistency, the duo decided to go into exports and look for their own market.

Half of the money Yvonne won was invested in irrigation equipment and licensing as exporters of fresh produce to the overseas market.