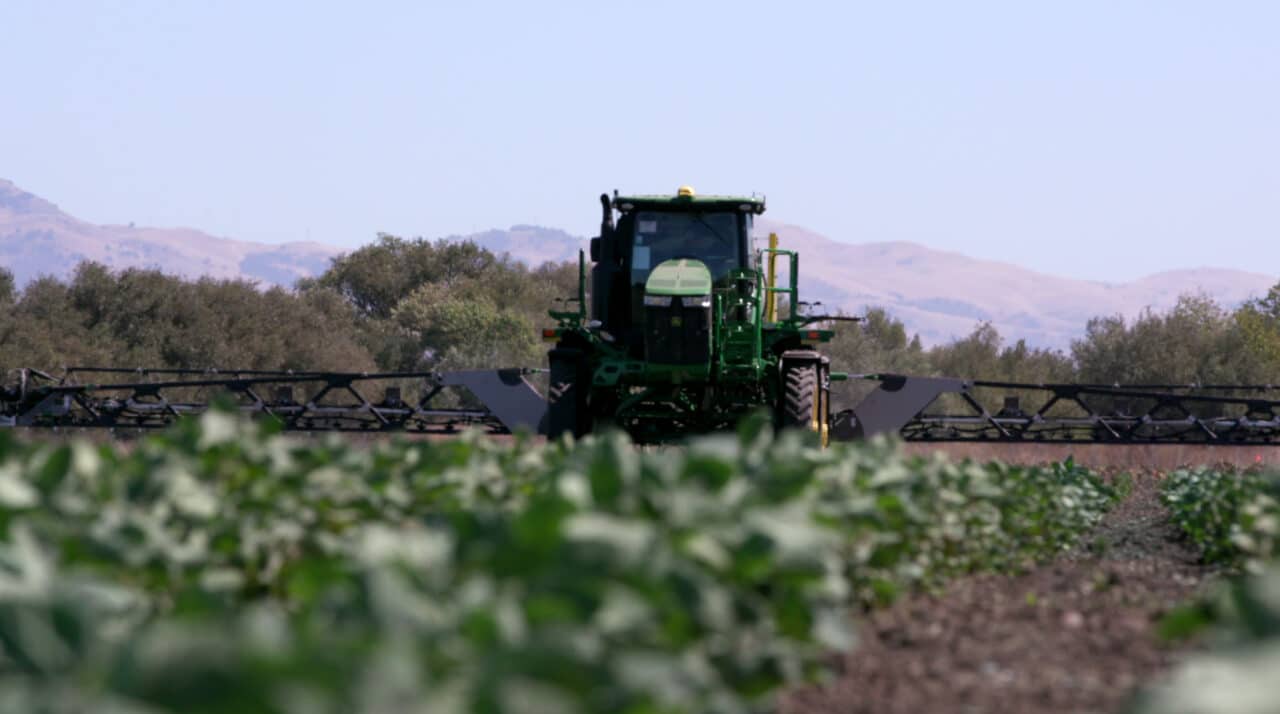 By 2050 the global population is estimated to rise to 10 billion, and to feed ourselves we will need to greatly increase food production, but how can we do this in a sustainable way that doesn’t harm the environment?

Farms have been at the forefront of new ideas ever since agriculture began and, in the first episode of the BBC World News and bbc.com series, Follow the Food: Farmers on the Frontline, renowned botanist , James Wong, will explore how farming, science, technology and the consumer can overcome this profound challenge.

Before reaching our plates, our food is produced, stored, processed and packaged, every stage releasing significant quantities of greenhouse gas, including methane released by farm animals. But the reality is, farmers are perpetually involved in trying to strike a balance between producing enough food and having as little impact as possible.

No one sector has more of an incentive to combat climate change – from the mid-west farmer whose farm has been devastated by unprecedented floods, to the farmer in Africa whose risk of starvation has increased – farmers are now digging deeper to unlock the hidden potential of the land and to mitigate and reverse climate change, either by what they farm, or how they farm it.

Some of agriculture’s greenhouse gas emissions are due to the production and use of chemicals found in herbicides and pesticides. Each year in the US, farmers use 150 million kilos of herbicide on corn, soy and cotton alone. To help combat this, global machinery giant, John Deere, which was founded in the early 19th century, has teamed up with 21st century tech specialists, Blue River, to create a cutting-edge machine, in what’s called precision agriculture.

Using computer vision and artificial intelligence, their smart machines can now employ a system of ‘see and spray’. The machine which, for the first time, is incorporated into a tractor, makes decisions about every single plant in the field, spraying accordingly, reducing emissions and making every seed count.

“Not only is that great economically, but just think about the environmental impact. Only targeting that weed has significant savings on where that herbicide is placed, where it flows to, not only in the crop but off of the field and into other areas of the region,” said Dan Liebfried, Director, Automation & Autonomy, Intelligent Solutions Group at John Deere.

ALSO READ ABOUT; How can we stop farmers from becoming extinct

Follow the Food will air at 0130 and 1530 GMT on Saturday 30th Jan and 0930 and 2030 GMT on Sunday 31st Jan on BBC World News. To find out more or watch the episode in full, you can also visit http://www.bbc.com/followthefood and follow @BBCFuture on Facebook and Twitter for all the latest from the series.