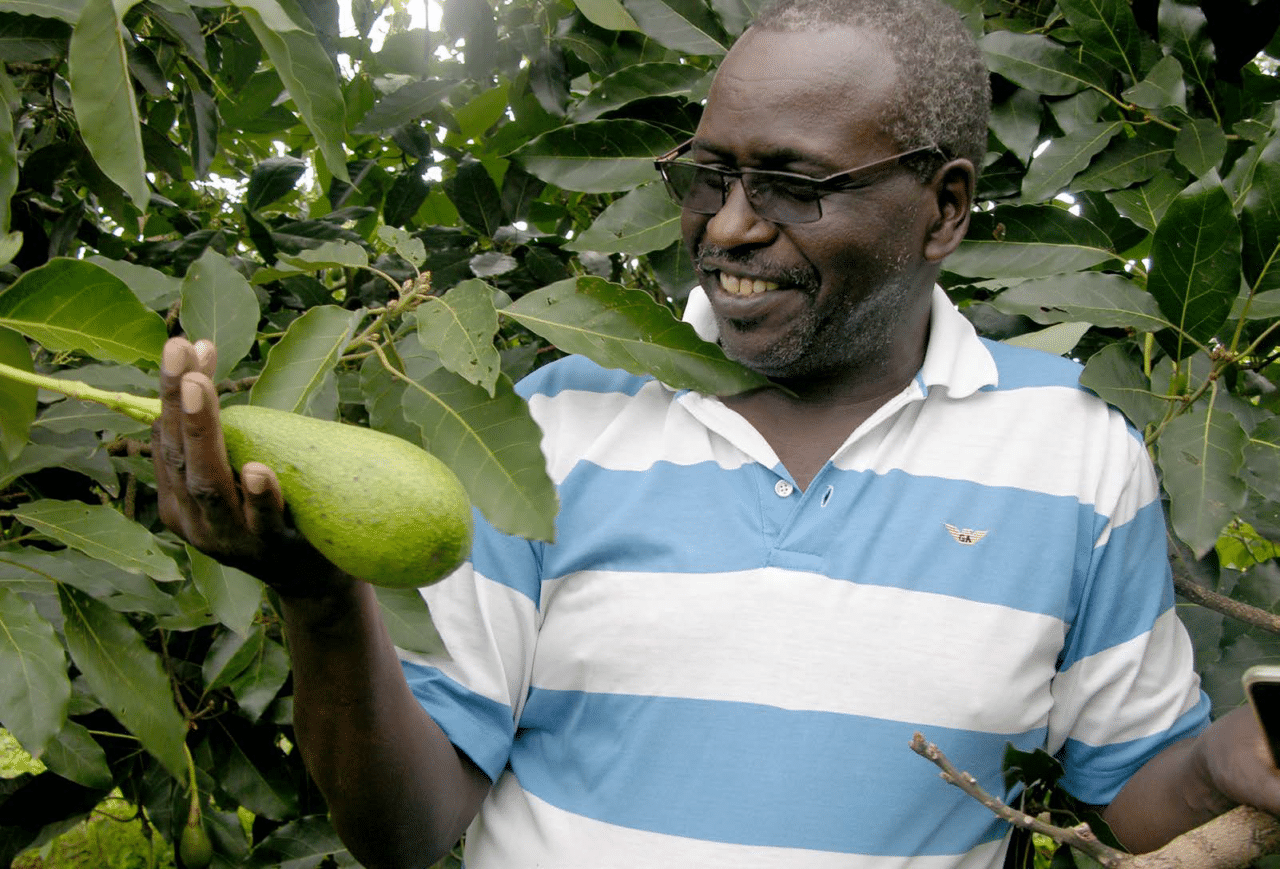 After engaging in several farming ven­tures that have yielded little success, a Nandi farmer has earned himself the nickname, Gambler Farmer. But Mr Richard Tuwei, from Ngenyilel Village in Mo­sop Sub-County is not perturbed.

His enthusiasm and passion have kept him going. Now while most other farmers in his area are growing maize and wheat, and keep­ing dairy animals, the father of three has switched his attention to the avocado, becoming a model farmer of sorts!

“People from my village believe that I like jumping into projects, but I have finally found my passion,” he says about his four-acre avo­cado farm. Mr Tuwei grows the grafted Hass and Fuerte avocado varieties. He has 575 av­ocado trees with 350 aged 14 months and 150 two months old. Interestingly, his trees mature very fast. Avocados normally take three years before they start fruiting, but some of Mr Tuwei’s 14-month-old trees are already doing so.

The knee-high lush-green trees neatly growing in straight lines stretch as far as the eye can see and are a sight to behold. The farmer moves from one avocado tree to the next, scouting for pests on the leaves and the tiny fruits.

I give my avocado trees a lot of care while young, with the right manure and water application and they in turn fruit faster, compared to those that are rain-fed

“I constantly prune the fruits since the trees do not have the base to support them yet. The strength behind this is water management,” he says. He harvests up to 750,000 litres of rain water, which is enough to sustain the farm for one year.

Mr Tuwei practises what he calls ‘the cup-and-saucer model’ in growing the trees. In this model, explains Mr Tuwei, the cup, which is the inner circle of the plant located at the bot­tom of the tree, carries water. The saucer is a one-foot-deep trench around the tree within which organic manure is applied and acts as a source of food.

“The inner bowl (the cup) is for ‘drinking’, while the outer one (saucer) is for ‘eating’. When we irrigate the trees, the inner circle holds the water while the outer circle is for manure, which also helps to retain moisture and prevents leach­ing,” he explains humorously.

However, during the rainy season, the ring of soil is opened to allow water to flow out to avoid waterlogging. He further attributes his lush crop to good agronomic practices.He expects to harvest 2,000 fruits per tree when they fully mature in two years and sell each at between Ksh5 and Ksh10 farm gate price.

To get avocado in volumes, Mr Tuwei and other farmers have formed Ngenyilel Farmers Group, a 35-member aggregation group, which targets to plant up to 60 acres of avocado.

“Several exporters have approached me. We want to be able to get the volumes when we start harvesting,” he says. Irrigation and water harvesting for the fruits

With the ever-changing weather patterns, it is becoming critical to have water all-year-round, especially when growing the fruit.

“Rain is the best source of water for irrigation as long as it is properly harvested and stored,” he adds. Mr Tuwei’s farm runs on green en­ergy. He saves about Ksh100,000 monthly by using a solar pump to siphon water from two 350,000-cubic litre underground reservoirs.

The reservoirs collect water from the roofs in his compound and from run-off during the rainy season. The 25-foot-deep and 10metre wide reservoirs are constructed with liners to prevent water sipping through the ground.

The water is then pumped to an overhead storage tank by a submersible pump. The farm has 45 watering points, which connect to the overhead tank and each point supports up to 10 avocado trees. Watering happens twice a week.

A top raised metal structure holds solar panels. The three panels tap power from the sun, which is then converted into alternate current holding 100 watts each to power the machines that pump 10,000 litres of water from the overhead tank.

“Harvested rainwater from the roofs and run-off pass through filter tanks for purification be­fore entering the irrigation system. This curbs the clogging of the lines,” says Mr Tuwei

The irrigation system cost him about Sh300,000, but he is happy that the long-term benefits are worth the sacrifice.

But the 500 trees are not the only trees that Mr Tuwei has or began with. After burning his fingers in dairy, fish, and passion fruit farming, the farmer, he settled on avocado.

His first foray into avocado farming started with 20 Fuerte seedlings, which he bought from Kerio Valley Development Authority at Sh100 each. He planted these on a small piece of land. Later, he added five more seedlings.

“During my first harvest in 2018 after my Fuerte trees matured, I got 1,500 fruits per tree, which I sold at Ksh5 and Ksh10 to various schools Nandi County,” he says. A visit five years later to the Muranga-based Kakuzi Company, which has some 3,000 contracted farmers, totally changed his mind. “I saw the potential in exporting the fruit,” he says. With his newly acquired skills and technology from Kakuzi, he earned Sh200,000 from his 25 trees the next season. The inquir­ies he got from aggregators and exporters con­firmed a high demand for the crop was, and he decided to increase acreage under avocado. He also encouraged other farmers to grow the fruit.

In April 2018, he bought 350 seedlings at Sh150 a piece from Habex Agro, a certified nurs­ery in Eldoret. He and other avocado farmers formed Ngenyilel Farmers Group with 35 mem­bers to help meet the demand. Currently, the group has over 60 acres under avocado.

He is urging other farmers to diversify from maize and dairy farming into other ventures such as avocado growing.

“We have a huge potential in farming. It is not only maize or cows that can do well here. My dream is to see bushes of avocados trees, like the tea bushes in Kericho,” he says.