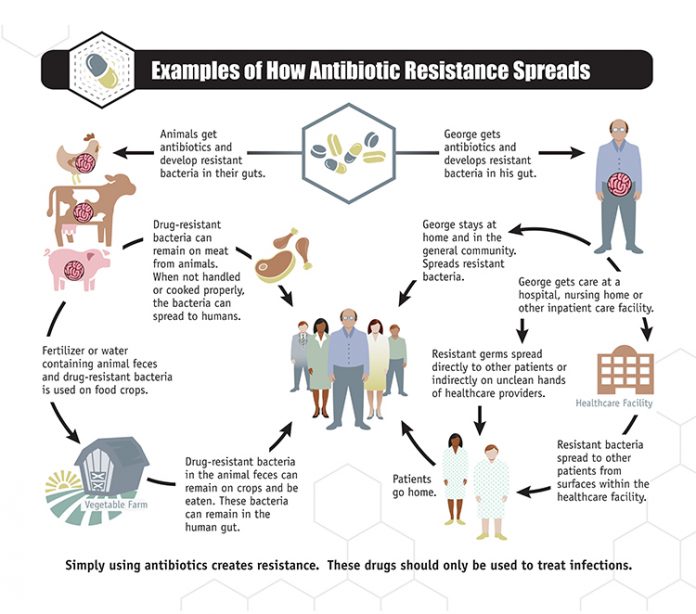 Since their discovery, antibiotics have played a pivotal role in modern medicine. However, the inappropriate and widespread use of antibiotics in animals and humans has led to antibiotic residues being found in foods of animal origin.

The growing threat of antibiotic resistance is being widely recognized as a major global public health problem.

The World Antibiotic Awareness Week (WAAW) marked every November, aims to increase global awareness on antibiotic use, and encourage best practices among the general public, health workers and policy makers, to avoid the growth and spread of antibiotic resistance and reduce antibiotic residues in livestock products.

Between 40 and 80 per cent of antibiotics used on farm animals are classified as unnecessary or highly questionable. A study done in Kenya by the Global Antibiotic Resistance Partnership (GARP) reported that up to 70 per cent of the imported antibiotics are given to chickens, pigs and cows.

It further showed that some farmers give antibiotics to their livestock to prevent them from getting sick. This inappropriate use and abuse of antibiotics in farming is currently coming under greater international consumer scrutiny and has led to major fast-food restaurants banning products with antibiotic residues.

World Animal Protection believes that responsible use of antibiotics is essential in tackling the growing resistance.

By putting proper policies and measures in place, the use of antibiotics on animals will be reduced and higher welfare systems encouraged in the livestock industry.

Such systems should include good housing, health care and the promotion of natural animal behaviour. They should also provide for improved management, biosecurity, hygiene, sanitation, optimal animal husbandry, nutrition, genetics and use of preventive methods such as vaccination, leading to improved animal health and welfare.

By eliminating the worst methods and practices of animal production such as the use of cages, crowded or barren conditions, poorly ventilated production units with wet beddings and inadequate feeding systems, animals are less stressed and less likely to suffer illness, leading to less dependency on antibiotics.

Responsible use of antibiotics means that animals should be treated when sick. This may require treatment not just of the sick animals, but also of the whole group to ensure diseases do not spread. Self-medication of animals on the advice from other farmers or, by calling or visiting outlets that stock and sell veterinary drugs, without having the animal physically examined to diagnose the actual problem, should be strongly discouraged.

Only after the offending organism has been isolated and identified in a laboratory, should treatment be done and this, under by a qualified and licensed veterinary practitioner.

Antibiotics should never be used as growth promoters, or on a routine basis (including repeated prophylactic use), to enable animals to be kept in poor welfare conditions.