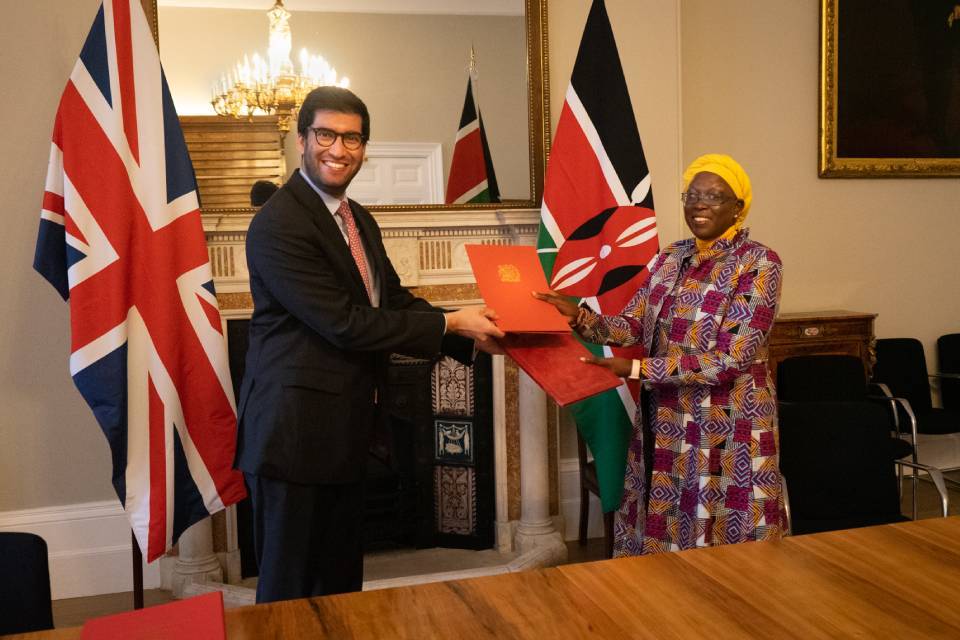 Kenya signed the Economic partnership Agreement (EPA) with the United Kingdom on December 8, last year, preserving duty and quota-free access for exports to Britain after it left the European Union bloc on December 31.

Signed by UK International Trade Minister Ranil Jayawardena and Kenyan Trade Cabinet Secretary Betty Maina, the deal is expected to take effect by March 31, 2021, upon exchange of the instruments of ratification by Kenya and the UK. It is a replica of the EPA that the EAC member states signed with the EU.

It is the approval of an agreement by the State, a crucial step in any signed agreement. Parliament has to ratify all trade agreements to ensure they serve the interests of the country. This paves the way for implementation.

In Kenya, ratification by Parliament is the culmination of the rigorous process that the Kenya-UK EPA has gone through. The processes and procedures preceding this are as follows:

A closer look at the Kenya-UK trade agreement

As per the trade agreement, 82.6 per cent of the trade with the UK will be subject to a progressive and gradual reduction of duties and quota restrictions, implemented over a period of 25 years.

It will undergo a progressive and gradual phase down starting seven years after the agreement takes effect. This is important to protect local industries from unfair international competition and give them time to enhance their global competitiveness.

Liberalisation of goods that attract 25 per cent tariff when being imported to Kenya and the EAC will begin 12 years after the EPA comes into force and will be gradually reduced over a period of another 13 years.

These finished products account for 2.6 per cent of the trade that Kenya and the UK have agreed to liberalise.

The Kenya-UK EPA is expected to drive growth and expansion of exports in some priority sectors and value chains, including agriculture, manufacturing, fisheries, livestock and home décor.

To prevent cheap and subsidised products from the UK entering the Kenyan market, both sides have a list of products classified as “sensitive”. In Kenya, the excluded goods are agricultural products such as milk, eggs and cereals and textiles and other industrial products.

The UK is a major market for Kenyan exporters of tea, coffee, fruits, flowers, fresh vegetables and textiles. This market accounts for 43 per cent of the total exports of vegetables from Kenya as well as at least nine per cent of its cut flowers.

One of the advantages of the Kenya-UK trade deal is that Kenya and its EAC partner states gain immediate access to the British market free of duties and quota restrictions.

Without the EPA, all these products will be subject to tariffs of up to 20 per cent under the Generalised Systems of Preferences. Kenya is classified as a lower middle-income country and such tariffs will make our products uncompetitive in the UK market. Kenya stands to lose $10 billion should the agreement not be ratified.

However, the ratification has faced a number of setbacks, including delays by legislators in both countries, and most recently a lawsuit by a group of farmers.

The Kenya Small-Scale Farmers Forum filed a petition in the High Court against the government, saying that no public participation was conducted before the document was tabled in Parliament, which a violation of the Constitution.

Kenyan MPs also declined to ratify the pact, accusing unknown officials of sneaking in documents that had not been tabled. They said that until they were fully aware of the details of the trade agreements, it would not come into force.

They argued that the government had not followed its own rules and procedures to pass it and didn’t conduct a proper public consultation.

The Kenyan MPs have also taken issue with the fact that Parliament does not have the power to introduce changes to the agreement at this stage. However, this is an EPA protocol that has guided trade between Kenya and the EU nations and the UK.

The British Parliament has asked for more time to ratify a new trade deal, having not addressed risks of the new pact with Kenya and its impact on regional cohesion in East Africa. The deal has been strongly opposed by other EAC members, who argue that it might fracture the bloc and hurt trade between member countries.

It will open up 82.6 per cent of Kenya’s market without an assurance that the country’s producers will be able to access the UK market

The EPA will be open to all EAC member states, meaning they will gain immediate access to the UK market free of duties and quota restrictions if the deal ratified.

The trade deal is currently awaiting approval by lawmakers of both countries, which will see progressive liberalisation of 82.6 per cent of Kenya’s trade with the UK in 25 years.