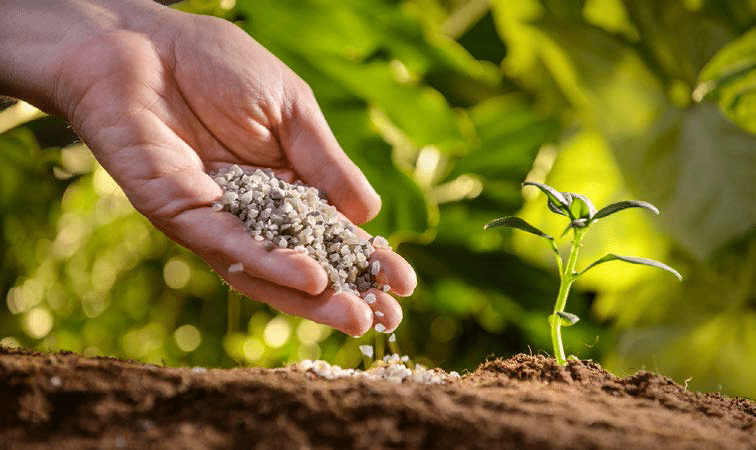 For many years, maize yields in Kenya have continued to decline, while once fertile and healthy soils from regions with heavy-medium rainfall and high yield potential are becoming more acidic.

These regions over the years produced up to 8mt/ha of maize per year, the yields have decreased to a meagre 2-3mt/ha, meaning that a lot of nutrients have been mined over the years.

Throughout this period, farmers relied on a blanket recommendation of one or two bags of 50kg DAP per acre as planting fertiliser and 25Kg per acre of CAN for topdressing. These supplied insufficient amounts of only N and P, without consideration of the other nutrients that plants need.

What formed the basis for this recommendation is not clear, but it has not worked.

In 2014, the government released a countrywide maize suitability soil survey that revealed that most of the soils in Kenya, particularly in the highly productive regions of North-Rift and western Kenya were acidic.

Farmers were then told that DAP was the main cause of acidification in the soils and was discouraged from using it. Instead, they were encouraged to use either Single Super Phosphate, NPK 23:23:0 or NPK 17:17:17.

However, there was no consideration of the difference in nutrients added, compared to what DAP had been providing. But even after the changes, soils have continued to acidify and yields to decline, sometimes even to lower levels than when they used DAP.

Agronomists are uncomfortable that farmers were not advised on the number of bags of SSP, NPK 23:23:0 or NPK 17:17:17 that would match the Phosphorus (P2O5) quantities that DAP would have provided. Why was triple super phosphate (TSP) never recommended, yet it contains higher P levels than SSP!?

Farmers were also not advised to increase the application of top-dressing fertiliser, in this case, calcium ammonium nitrate (CAN), and at different times of the cropping cycle to compensate 18 percent Nitrogen (N), which DAP could have supplied to the crop at the time of planting.

DAP was wrongly criminalised and its replacement as a planting fertiliser was done in a haphazard manner, without consideration of the end user.

A sudden shift to using other products without sorting out the soil nutrients’ imbalance (acidity) linked to soil pH and nutrient mining, will only solve half the problem and make fertiliser use more expensive. This is because the efficiency of fertiliser decreases, as soil pH reduces (with an increase in soil acidity).

The current recommendation for farmers is NPK triple 17 (17:17:17). The problem does not lie in the use of the product but in the type and quantity of nutrients being used per hectare of cultivation for a given yield target.

The main problem in our fertilisation practices lies in unbalanced fertilisation, which has focused on only supplying N and P while leaving out all the other macro and micro-nutrients essential for plant growth.

A given soil starts with a rich bank of soil nutrients essential for plant growth and subsequent production. However, the soil might not have adequate nutrients to support the desired target production and, therefore, the need for fertiliser application.

The addition of deficient nutrients to the soil should be done for a specific crop, based on its nutrient requirements to support desired yields.

During a soil test, the crop nutrient requirements are used to arrive at the desired fertiliser programme that would give the desired yields. A recommendation of a given percentage above the recommendation given is added, to build up soil reserves.

In cases where the application of fertilisers is lower than the required amounts, yields are bound to decline over time due to nutrient mining. This is usually what is tied to the soil pH. The more nutrients are mined, the more the cause of nutrient imbalances, which leads to a decrease in soil pH.

An excessive occurrence of some nutrients could deter the uptake of others, meaning that the application of large quantities of fertilizer will not result in a definite increase in crop yields.

There are so many factors that affect soil pH, which is a widespread natural phenomenon worldwide. In regions with medium to high rainfall, leaching of cations (positively charged ions) slowly acidifies soil over time.

Agricultural production can accelerate soil acidification through mining of some of the nutrients that then causes an imbalance between cationic and anionic elements, which can lead to reduced soil pH (soil acidity).

Soil acidification can also occur through the addition of fertilisers that have the potential to acidify the soil or, application of too much of some of the nutrients that cause imbalances; hence, blocking uptake of other nutrients. Farmers should also adopt and plant crops that are by nature suitable for their soils.

What should be done:

Liming: While amending soil has never been an overnight venture, liming is the most viable and sensible solution used to rectifying soil acidity problems worldwide.

Kenya is lucky to have a reserve of liming material available in the country and with good will from the government; a two to three year liming programme in areas of declining productivity to ensure nutrient balances can be initiated.

This has been done in other countries including Brazil, which has soils with a closer profile to the Kenyan soils.

Farmers should be advised on the type of lime to be used, as there are various types and it should also depend on soil test results.

Fertiliser usage: Our food deficit is also a result of limited productivity due to low fertilizer use. If we compare fertiliser application rates in Kenya and Africa to other productive regions in the world, Kenya uses only a meager fraction of fertiliser used worldwide.

Soil analysis: Fertilization practices towards balanced fertilisation should be encouraged through soil analysis and recommendations given based on soil types in each region.

Money issues: The capital being channeled to Galana on maize production should be used to improve the North Rift soils where maize is suitable, and Galana left for high-value crops. Facts laid on the table, high-value horticultural crops are ideal for irrigation and make economic sense to be irrigated.

Policies: Government policies that are pro-farmers and, especially, smallholder farmers should be established to ensure the accessibility of affordable fertiliser. The current fertiliser crisis at the port, due to retesting requirements that are not clear, is not making it any easier for firms and farms to achieve this.

The slow release of fertiliser from the port of Mombasa has seen firms in the horticulture sector cut their fertiliser application by 50 percent. This will affect yields, leading to low exports and negatively affect foreign exchange earnings.

Employment is also at risk for 75 percent of young Kenyans who rely on their daily earnings from these firms. The demurrage accrued over the period will be passed onto the end-user, making the fertilisers unaffordable to farmers.

It is time that the private sector and government came together and updated the current fertiliser (generally farm inputs) recommendations to allow for improved yields on the farms. We have the potential as a country to improve agriculture if we have more PPPs in the sector.

We should stop using ‘blanket’ recommendations and turn to a more specific recommendation for input utilization within Kenya. If we can bring forth all expertise and address one subject at a time, we are bound to increase our yields and improve food security.